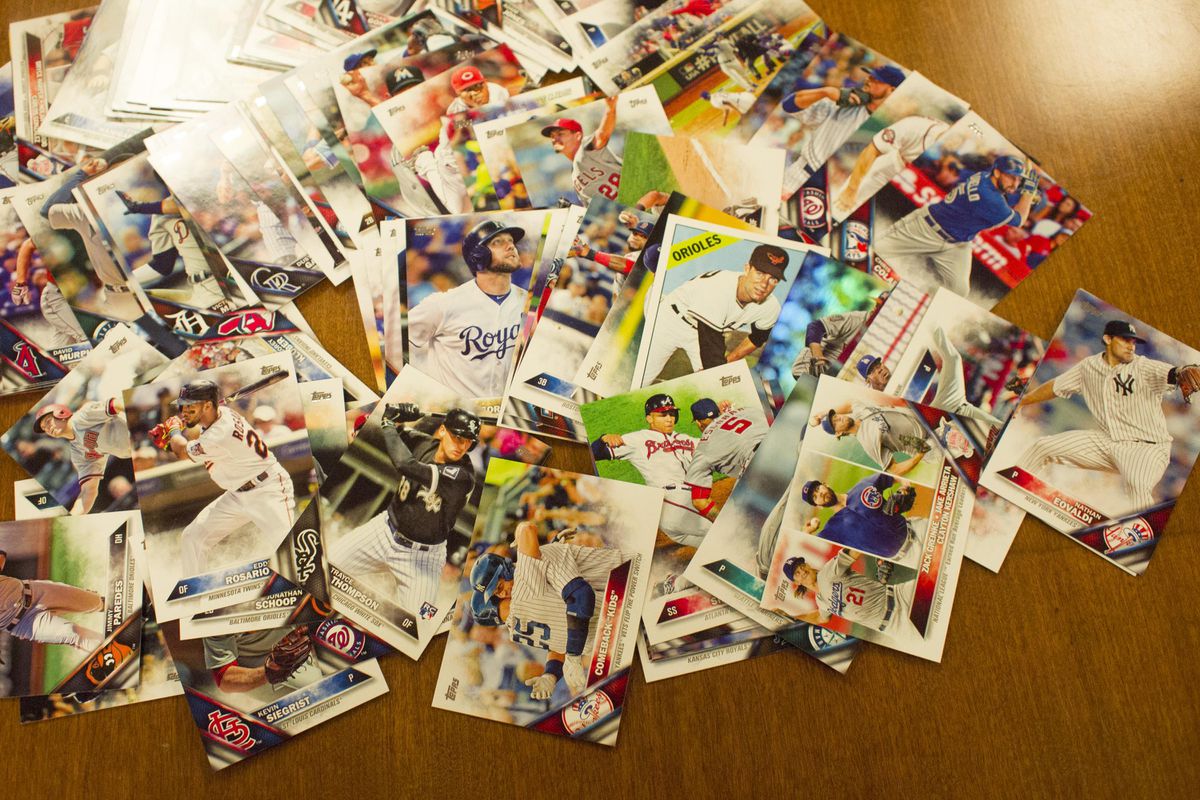 We usually bring you a weekly list of five (or so) things that all fit under a thematic umbrella. Five sleeper rookies, five cool-looking cards — you get the idea. We’re breaking free from that for a week.

It’s smorgasbord time! There’s some interesting stuff going on around the sports card industry, and some of it might directly affect you as a collector. We want to highlight some recent stories, kind of like a news roundup.

There’s a new grading company in the mix

If you’re thinking about sending a card in for grading, you probably know the big three choices: BGS, PSA, and SGC. There’s a new kid on the block.

Certified Collectibles Group is expanding into sports cards under the new label Certified Sports Guaranty (CSG), and it’s offering a grading service. CSG will take a BGS approach with grading that has subgrades for centering, corners, edges, and surface.

Technically, this was announced back in July, but it seems like CSG is close to getting the program off the ground. They also recently released a video that shows what the CSG slabs will look like. The combination of the hobby taking off like a rocket and COVID-19 slowing everything down means that we’re sorely in need of more grading options. This couldn’t have come at a better time.

PSA was acquired for big money

Let’s stick with the grading companies for a minute. Collectors Universe, which is PSA’s parent company, was recently bought in a $700 million deal. Card mega-collector Nat Turner spearheaded the acquisition.

The deal’s not done yet. It’s expected to close in Q1 2021 after the Securities and Exchanges Commission, the Federal Trade Commission, and/or the Department of Justice approve the sale. Terms have been agreed upon, though.

The new owners’ impact won’t be felt for a few more months at a minimum, and it’s unclear what changes will be on the horizon. Most collectors will probably simply hope that turnaround times improve. The reintroduction of the economy level grading would be nice too. Whatever the outcome, it’s clear that Turner doesn’t think this boom is slowing down anytime soon.

eBay has a new option for shipping single cheap cards

I have so many cards that would probably fetch about $6 on eBay, but I can’t be bothered to offload them because shipping will eat too far into the profit margin.

Luckily, eBay has a new option for people like me. Starting in January, eBay is offering shipping through USPS for less than $1 in standard envelopes. The card has to be valued at less than $20, and it can’t weigh more than 3 ounces. This level of service includes tracking, which is a huge plus.

The only downside is that a regular envelope obviously doesn’t offer a whole lot of protection. You’ll still be able to throw the card in a toploader but, as widely used as this will be, there’s definitely going to be some casualties. Guess that’s why it’s limited to cards that are worth less than $20.

A handful of baseball and basketball cards have broken the seven-figure threshold. Mike Trout’s Bowman Chrome rookie. The Honus Wagner T206. A Giannis rookie Logoman. Hockey is about to join that exclusive club.

In the coming days, Heritage Auctions has a Wayne Gretzky 1979 O-Pee-Chee PSA 10 rookie card that’s expected to fetch more than a million dollars. There’s a population of two with this perfect grade. It’ll be the first hockey card ever to go for that much.

Right now, the auction sits at $800k with one day to go ($960k if you factor in the 20 percent premium the buyer pays to the auctioneer). Gretzky’s no stranger to setting records. We’ll see if he can do it yet again long after retirement.

GaryVee says cards are about to get even bigger

Admittedly, this one’s sort of fluff. It’s also sort of a self-fulfilling prophecy, though.

Earlier this week, GaryVee tweeted “Sports cards are about to get really hot again…even hotter than they are right this second. Basketball is going to be insanity.”

That’s not exactly news to us, but GaryVee also has the influence to kind of will this sort of thing into existence. All of us in the hobby know that it’s exploding. GaryVee tweeting about it only draws more curious onlookers, making everything explode even more. But, he would’ve been right even if he didn’t tweet. Everything’s red hot right now.