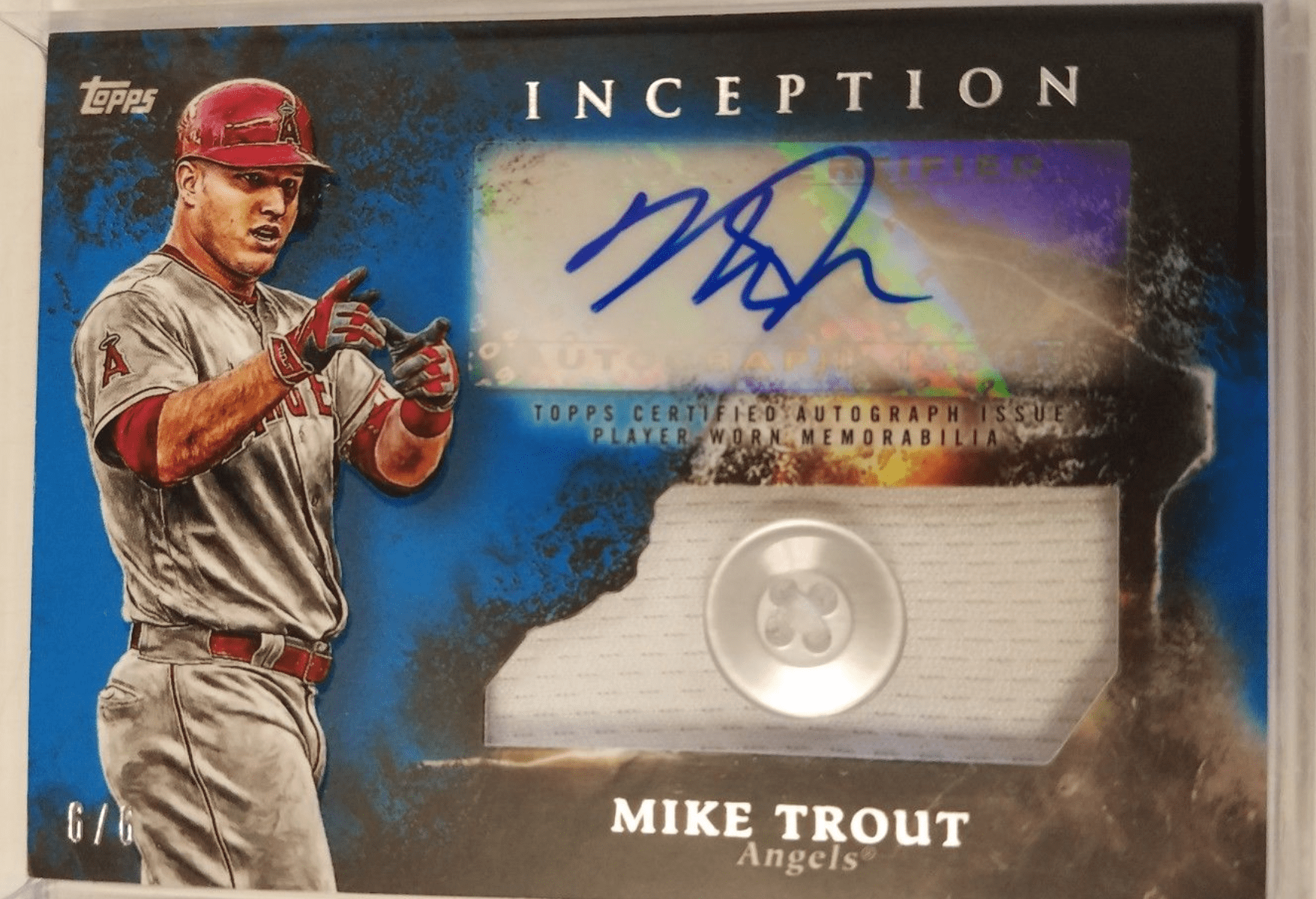 Sometime in the mid-90s, Upper Deck upped the sports card game by fundamentally shifting what constituted a cool card. How did Upper Deck do this? By putting relics like game-worn jersey swatches inside the cards.

Today, jersey cards aren’t what they once were. Don’t get me wrong — there’s still a ton of appeal. Rookie patch autographs are among the most sought-after cards. Getting an NBA logo from a jersey means you just pulled a one-of-one. There’s something tangibly neat about getting a big chunky patch with lettering on it. But now that they’re expected inside every product and so many jersey cards look like small pieces of a napkin? A lot of collectors would generally prefer a parallel to a base card than those relics.

Relic cards are more than just jerseys, though. Over the years, companies have found super interesting memorabilia to slap inside cards, raising the ante on the attention-grabbing stuff collectors can find. Here are a few of our favorites from baseball products.

It’s not uncommon to get a sliver of bat barrel inside a baseball card. It is, however, extremely uncommon to get the full bat knob. That’s what Topps is doing in its Tier One set though, and it makes for an incredible card.

The Babe Ruth bat knob pictured above is probably the holy grail of bat knobs. (Really, anything Babe Ruth is pretty much the holy grail of whatever it is.) But there are a ton more. Beckett ran down a bunch of them a few years ago. It’s neat seeing the personality that goes into them. Some have the player’s number scrawled atop so their teammates know whose bat is whose. Others have the length/weight engraved, which isn’t out-of-place by any means but kind of neat to see. Then, some players like Texas Ranger Nomar Mazara have their whole team logo inscribed in the bat knob.

One way to get paid is to pull a card that prominently features how the players got paid.

Topps Transcendent has started including slices of contracts and paychecks as relic cards. It’s just as cool as it sounds. The one that’s pictured above sports the signatures of Ty Cobb, Babe Ruth, Walter Johnson, and Honus Wagner.

Contracts and paychecks are a perfect alternate-angle representation of what makes relic cards so great. They’re intimate and authentic, just like a game-worn jersey is. But they also signify the lasting impression that player made for his team. Anyone lucky enough to pull one of these just found a piece of history.

This one is sort of weird but also sort of adorable. Upper Deck used to hold Christmas photoshoots with athletes dressed in Santa gear, and then cut that apparel up and insert it into cards. For instance, here’s a Ken Griffey Jr.-worn swatch of Santa hat.

As you can probably imagine, it’s not especially valuable. Still, it’s a fun thing to have in the collection.

Imagine getting dirt inside your baseball card. Ultra imagined it all the way back in ’96, and turned it into one of the first relic cards ever. That’s right — not jerseys or bat shards or cowhide made up the first baseball relic. Dirt beat them all to the punch.

This particular card was made to commemorate Cal Ripken Jr.’s ironman streak of consecutive games played. Perhaps Ultra felt dirt was the most appropriate sign of that streak, the fact that he stepped on the dirt every day.

Since then, there have been a few more stabs at using dirt as relics — especially from the mound for dominant pitchers. But none are as iconic as Cal’s Dirty Baseball Card.

As far as baseball equipment goes, it can’t get a whole lot more aggressive than a cleat… unless they dismantle the pitching machine and put it in cards. Spikes are such an incredible relic but they’re not easy to pull.

To be honest, this is the relic that inspired this whole list. Over the weekend, I watched a video where breaker Cardsmiths Breaks found this one-of-one Anthony Rizzo cleat in a box of Topps Diamond Icons.

It’s a lot of shoe! Look how thick that card is. There are three spikes in that card, which seems to be the entire heel. Diamond Icons did not get greedy with chopping up that cleat.

The standard in sports cards is (and maybe always will be) a jersey relic. That’s fine, but there are a lot of interesting ideas out there other kinds of relics. It feels like card manufacturers are just scratching the surface.

2 thoughts on “Thinking outside the jersey: Some of the coolest baseball card relics ever”