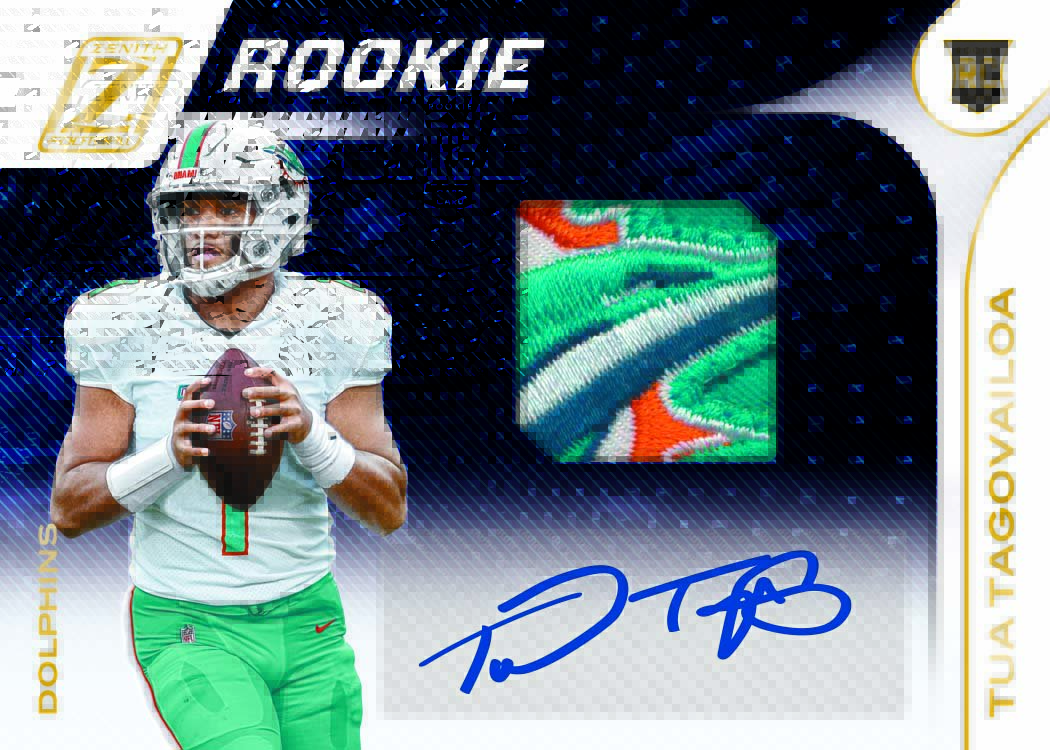 Now that this truncated baseball season is over and football is the only one of the four major North American sports that’s still in full swing, we thought it’d be a great time to revisit one of our favorite premises for an article. A few months ago, we wrote about some of the coolest relics ever included in MLB cards. Go check that post out if you’re interested in some of the wacky spins on America’s favorite pastime and its memorabilia cards.

Baseball is not the only sport that’s willing to think outside the box when it comes to that kind of stuff. Card manufacturers are constantly improvising their next schtick. You know the NFL has absolutely had its share of bizarre relics that go far beyond your typical jersey swatch.

Let’s take a look at some of the more creative memorabilia choices that manufacturers have put in NFL cards over the years.

Remember that ESPN segment “Jacked Up!” that aired during halftime of Monday Night Football every week? It was just a compilation of all the most CTE-inducing hits throughout the week, back when we used to celebrate that instead of recoil in horror. It was extremely mid-2000s.

Putting pieces of facemask in cards is the spiritual kin to Jacked Up. It feels like a celebration of how tough and gritty and unforgiving the gridiron can be. There’s metal in the dang cards. Who else is putting metal in their cards? Not soccer, that’s for sure.

I love this one because it’s so hyper-specific. In 2016, Panini Spectra included a 20-card set that featured jersey relics from 19 legends and also Tim Tebow. It’d be cool as hell to pull a Bo Jackson or Roger Staubach jersey card.

One of these things is not like the others, however. There’s exactly one coach in the set: Dallas Cowboys legend Tom Landry. His card featured pieces of his trademark suit that Panini cut up. Coaches never really get their share of the limelight when it comes to sports cards. It’s nice to see Landry honored the way he should be.

When I started researching this list, I wondered if I’d have to resort to including footballs. The ol’ pigskin is a trick that we don’t see super often, but it’s also not all that inspiring. It’s just a cut-up game ball.

I’m happy to report: Yes and no. Back in 2000, Fleer’s Showcase Touch Football line had inserts where players would dip their hand in paint and then grip a football. Those are the weird 2000s vibes that we’re here for!

Imagine a Fleer rep telling Shaun Alexander or Brian Urlacher that he has to cover his hand in paint. Oh, to be a fly on the wall.

Any sort of cut autographs

Admittedly, maybe this one is cheating a little bit. I don’t care. It’s also the one I’m constantly the most fascinated with.

I love when cards feature cut autographs of some sort of historical item. Panini National Treasures — which is a rather high-end product — has been doing it for a while. The image above seems to be a Walter Payton autographed picture that was cut out and put in a card. As just a signed picture, it’s not that neat; inside of a sports card, it’s somehow way more cool.

But there are all sorts of other examples. Checks, contracts, other memorabilia. It doesn’t really matter. As long as the player signed something once, it could qualify to be turned into a cut auto card. It’s a meta spin on autographs that feels so authentic.

Speaking of authentic and historic, does it really get anymore old-timey than this? In 2003, Donruss Elite paid tribute to one of football’s founding fathers in an extremely appropriate way.

Donruss Elite put pieces of Red Grange’s leather helmet inside cards. Maybe he doesn’t have the same name recognition, but pulling a Red Grange helmet has to be more or less akin to pulling a Babe Ruth bat. Just a tremendous piece of history shredded up and tucked away inside some cardboard.

Okay, I made that one up. But, like, just imagine.