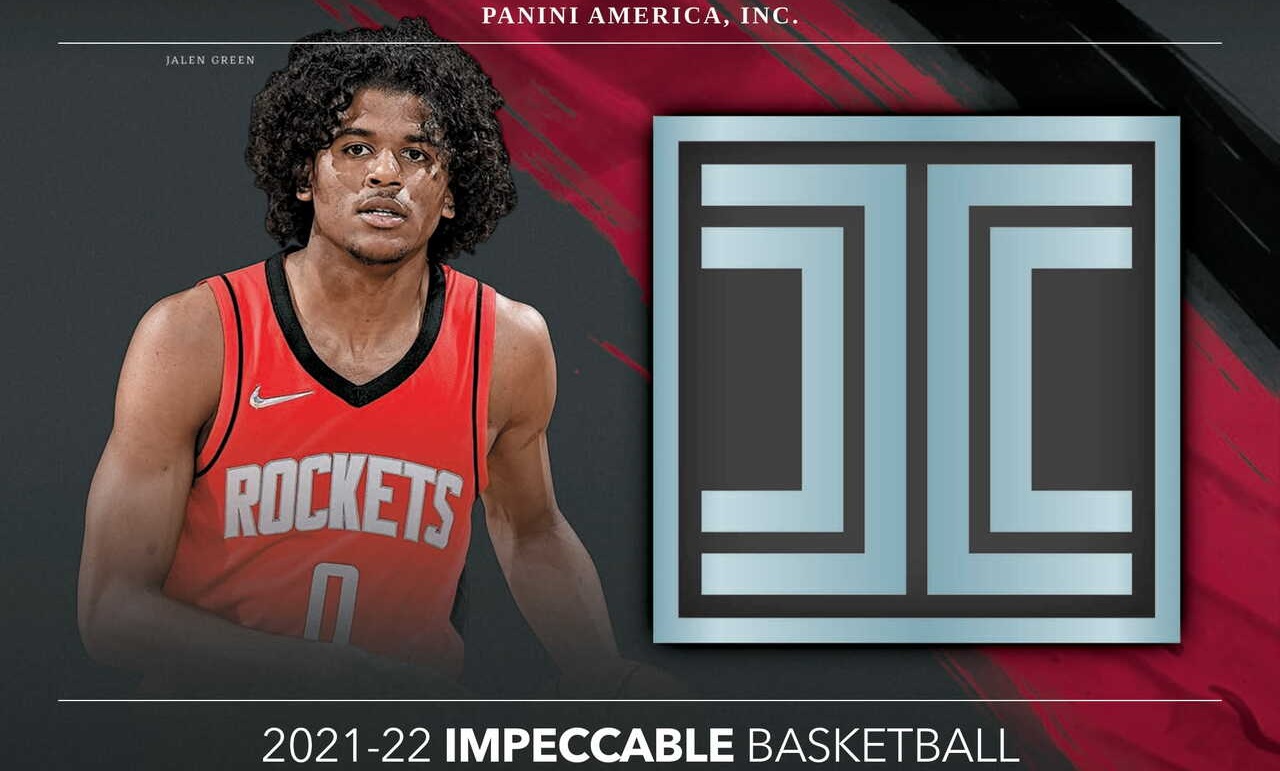 With the NBA postseason in full swing, Panini saved one of the best (and one of the most premium) for last. As the NBA gets closer and closer to crowning a champion, we get a new product with so much gold that it’s befitting of royalty.

At 9 cards per pack, one-third will consist of base cards. This set is reasonably short-printed, with each card numbered to 99. However, there are plenty of lower-numbered parallels mixed into the base set.

About a quarter of the base checklist is rookies, and those definitely carry value. But let’s be real, that’s not why you’re here.

There are a few sets worth calling out. The NBA 75th Anniversary Autographs commemorate Hall of Famers with a snazzy design. The Elegance Rookie Jersey Autographs Platinum are some of the only RPAs in all of Impeccable.

With five per pack, there are plenty of opportunities to pull a big signature.

Ahhh, this is what everyone has been waiting for. Probably the single defining characteristic of Panini Impeccable Basketball is the metal. Specifically, the extremely thick inserts that contain bars of silver or gold.

Every pack has at least one metal card. The worst-case scenario is a non-autographed Stainless Stars out of 99. The best-case scenario is an NBA Logo (veterans), NBA Draft Logo (rookies), or Hall of Fame Logo (legends) made out of gold and numbered to five.

If you can find a box of First Off the Line (FOTL), it mitigates that uncertainty. Every FOTL box is guaranteed a silver bar card.

Impeccable is a high-end box with a high ceiling. There are a lot of amazing cards on the checklist, and nothing beats the thrill of pulling a silver or gold bar. Precious metals are always welcome inside our sports cards.