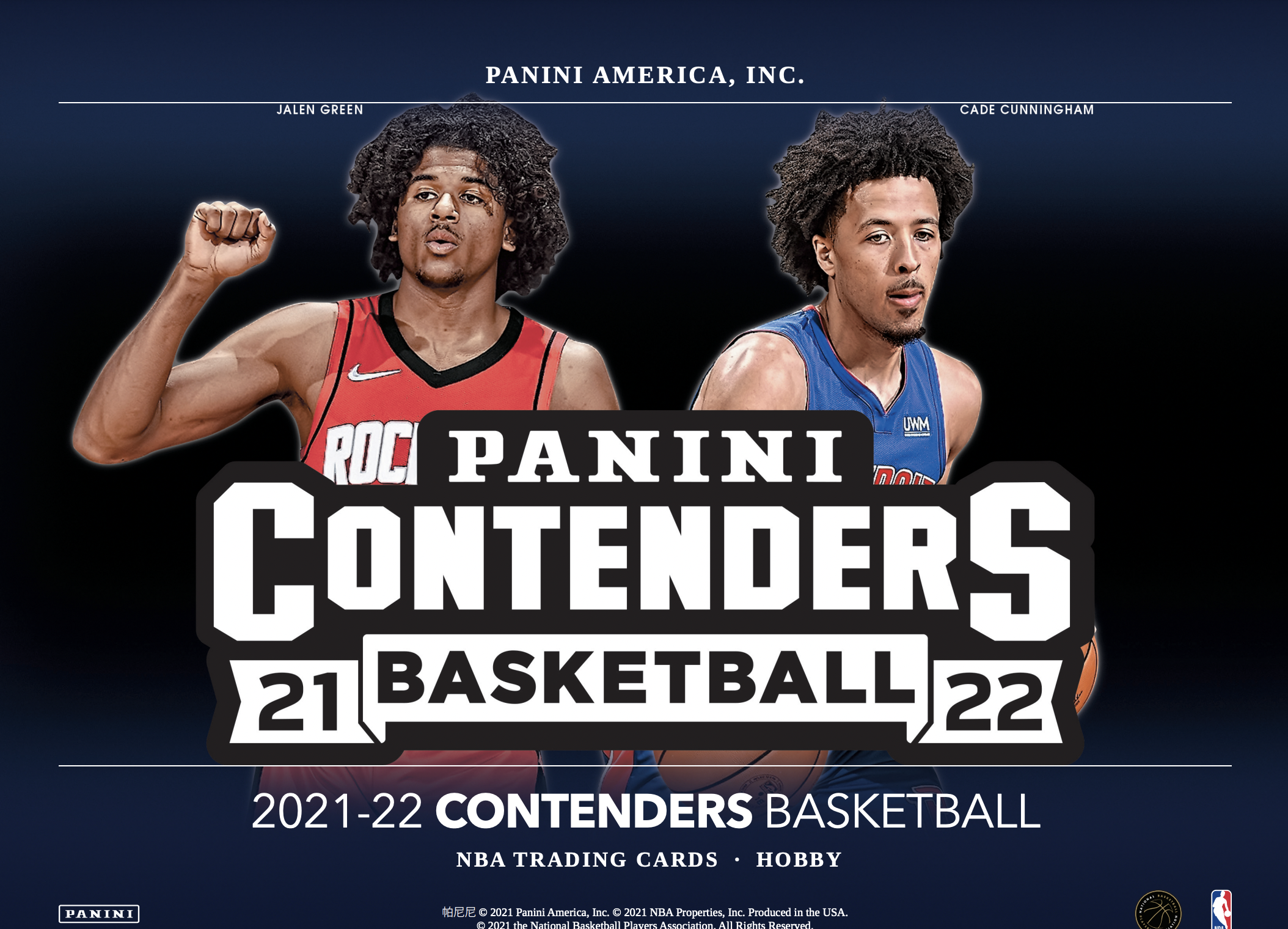 With the NBA Playoffs underway, it’s only fitting we start the journey for a new NBA champion with a new product release, and this week we have the return of one of our favorites. Panini Contenders Basketball is here, giving us a chance to snag the new rookie class and more in the now-iconic ticket design. However, there are a few new looks that you’ll want to be ready for, so without further ado, let’s get into what’s in the box.

There’s not much different in the base set for those familiar with Panini Contenders, but you don’t want to sleep on the few twists they have. The 165-base card set features some of the NBA’s best and brightest stars like Devin Booker, Luka Doncic, and Ja Morant in Season Ticket. The new 2021-22 rookie class has standouts like Evan Mobley, Josh Giddey, and Scottie Barnes in Rookie Season Ticket Autographs and Rookie Season Ticket Stickers.

There are 17 parallels (3 more than last year’s release) thanks to the addition of the Green Ice Game Ticket as well as the Anniversary Edition Game Ticket and NBA 75th Anniversary Ticket in honor of the NBA’s 75th Season.

Next up are the inserts, and while there are no new ones this year, these are still worth the chase. With numerous hobby exclusives like Lottery Ticket, License to Dominate, and Permit to Dominate.

Along with that, one of the fan-favorites, Superstars Die-Cut, gets a new look that many people (including myself) would love to snag. The checklist features players, including LaMelo Ball, Steph Curry, and Trae Young.

Lastly, the unique Veteran Season Ticket Stub offers only a select few of NBA’s past and present stars that are numbered based on their jersey number. For example, Larry Bird’s card is numbered to 33 and Anthony Davis’ is numbered to 3.

Finally, we have the memorabilia inserts, which are reserved for this rookie class. Rookie Ticket Swatches and Rookie Ticket Dual Swatches will highlight NBA rookie stars and sleepers from #1 pick Cade Cunningham to Denver Nuggets’ Nah’Shon “Bones” Hyland.

Ultimately, as a hoops fan or someone who just loves sports cards, this release will get a lot of attention. And if you’re looking to land some big hits, you’ll definitely want to check-in at the Loupe app. As always, we have some of the best and most-trusted sellers ready and if you manage to come up victorious with a massive card, share it with us so we can celebrate your win with you. Happy Louping.