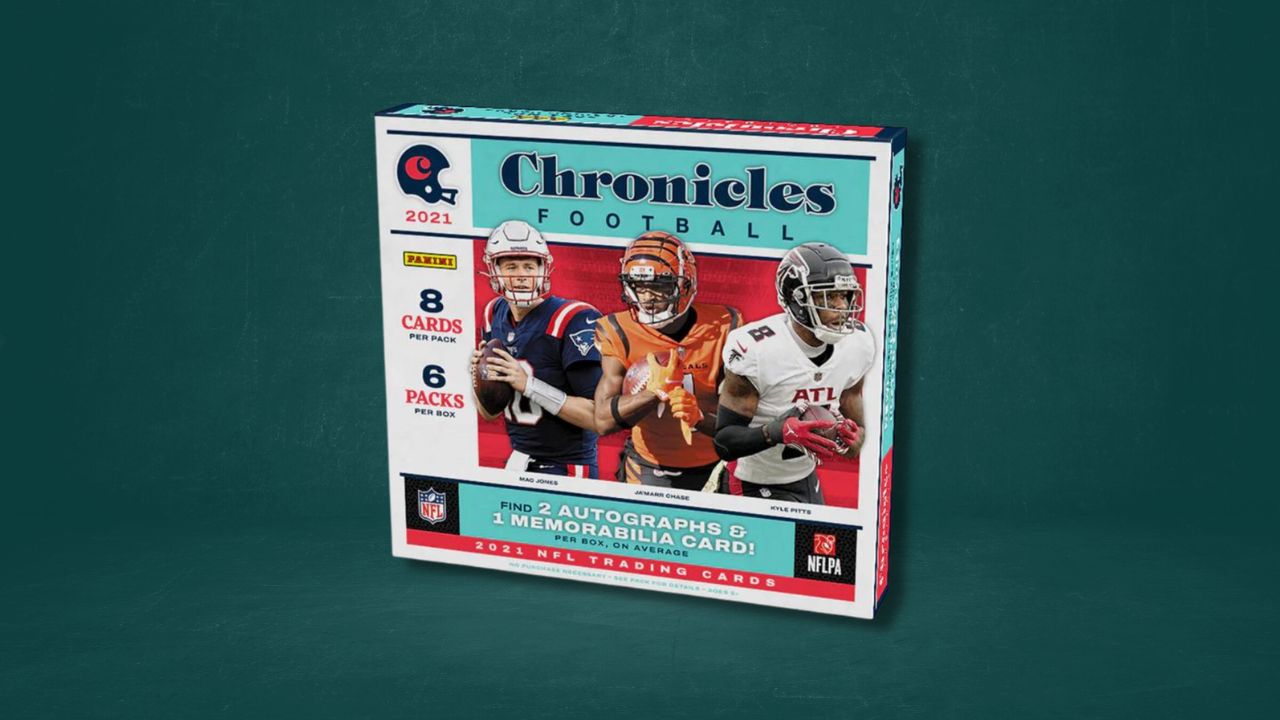 Panini has been dropping banger after banger for the summer, and this week is no different. By compiling some of our favorite inserts across various football releases, 2021 Panini Chronicles Football takes the field with one of the more fun rips of the year.

The base set also includes some relics of its own, but we’ll get into those later.

As mentioned earlier, Chronicles is unique, and that’s because they have the pleasure of drawing from some of our favorite releases of the year. Out of those, you can expect to see brands like Panini Prizm Black, Dynagon Rookies, Gridiron Kings, Playoff Momentum, and more!

New this year, we have Flux Rookies and Magnitude, each having its own set of parallels to chase. As for Magnitude, they are not only new to Chronicles but make their debut in football by featuring some of the league’s biggest names today, like Aaron Rodgers.

For the autographs and memorabilia, it seems they also got a bit of an upgrade this year.

Next, Plates and Patches and Invincible Autographs are the newest members of the group, each with their own set of parallels.  Plates and Patches feature rookies this past season like Mac Jones and JaMarr Chase with their signatures accompanied by jerseys patches. Invincible Autographs shows love for the past, highlighting some of our former icons like Earl Campbell (pictured below) with their signature on six different parallels.

As I said, it is another fun one this week, and I’m sure the trusted sellers on the Loupe app will have them stocked and ready to go for anyone looking to dive in. As always, remember to share your hits with us on social media so we can celebrate your big hits with you.