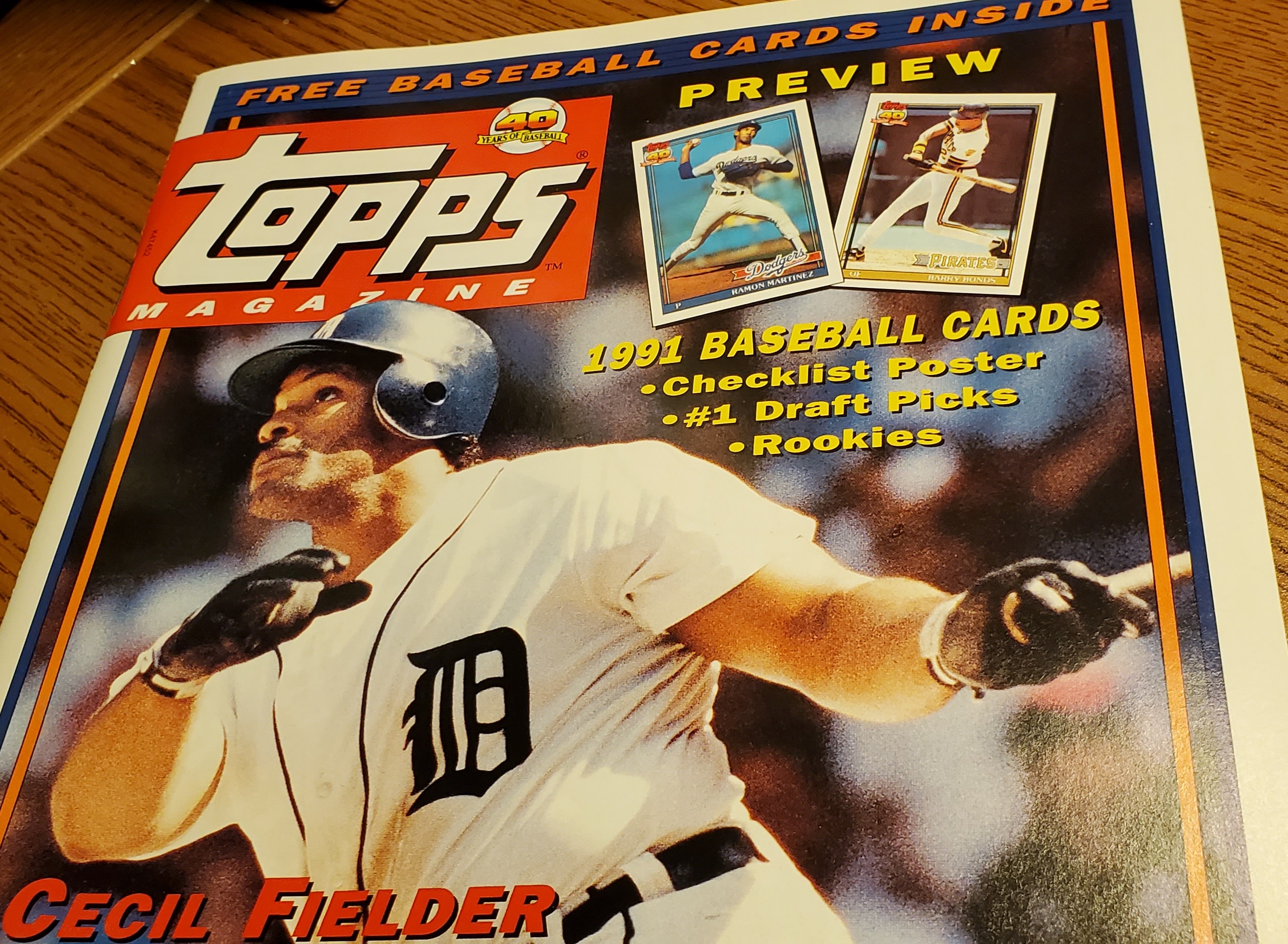 While Topps promotes its 70th year of making baseball cards at a time when the market continues its sudden and explosive growth, there was a lot going on back when Topps was celebrating its 40th anniversary too.

1991 was the height of the junk wax era.  There was talk of baseball cards on network television and radio, in newspapers big and small, and in offices and other workplaces around the country. “Mr. Mint” was spreading the gospel of going to your attic to turn that cardboard into cash. Two years earlier, Upper Deck had changed the game with its foil-wrapped, hologram-backed set that included Ken Griffey Jr. and was quickly making its founders rich.

It was all-out war in the card world between the multiple manufacturers who had secured the licenses MLB was handing out like candy. Topps’ monopoly was a thing of the past and the venerable, family-owned company from Brooklyn would have to work extra hard to keep customers happy. After years of printing its cards on gray-backed cardboard, Topps would soon move to a higher-quality stock and trot out its first super premium product (Stadium Club) in a one-up the challenge thrown down by Upper Deck.

Wax boxes were on their way out, too. On the horizon was a new polypropylene wrapper that would do away with the seal that left a nasty wax stain on the unlucky player who was on the bottom of the pack.

Avid fans of Topps would know this before everyone else because they had received the Winter 1991 edition of Topps’ own magazine, which had become one of the focal points of a marketing and public relations campaign. Arriving ahead of the 1991 packs, this particular issue provided an in-depth look at the Topps flagship set and a wealth of other nuggets that are fun to look back on 30 years later.

The magazine included an article based on the author’s tour of the Topps plant in Duryea, PA, which had been printing cards since 1965. It’s a fascinating frozen moment in time. The story reveals some interesting tidbits. The old adage that card companies “ran the presses day and night” during the junk wax era was actually quite true. The race to get product in front of collectors as soon as possible was important for trading card makers, and Topps churned out a massive number of cards inside the 450,000 square-foot facility. A photo shows wax cases waiting to be shipped, stacked halfway to the ceiling.

We learn that Topps had already started work on its 1991 set in January of 1990. Card backs were written first and the company then assigned photographers to work spring training and, presumably, early regular season games. Executives considered “more than a dozen designs” that were submitted before a final selection was made more than six months before the cards began to arrive on store shelves. We also find out that Topps used five four-color presses, and that damaged sheets and scraps were recycled.

You might remember that Topps’ big plans for its 40th anniversary included a big giveaway it touted on the front of packs and boxes. Scouring card shows and hitting up major dealers, the company spent $1 million buying at least one copy of every baseball card it had made since the early 1950s for random insertion into ’91 packs. The cards from 1952-1955 that were too big for the modern era packs were given away via redemption cards as were “any cards valued at over $50.”  There was a grand prize, too. Topps gave away a run of complete sets of every year from 1952-1990.

In another story called “Up and Coming,” a writer took a look at some of the 1990 MLB draft picks, bemoaning young Chipper Jones’ “shaky start as a pro” but praising his “remarkably soft hands and strong arm.”  There were “Cards Worth Watching” that included Frank Thomas, the “promising first baseman” whose defense needed work.

There was a pull-out poster checklist of all 792 cards and two different blocks of cards created as an insert to the magazine.

Chipper and Frank weren’t the only prospects Topps was putting in its magazine.  There’s also a story in the back of the magazine written by Tyler Kepner — then a 15-year-old “publisher, editor and chief writer of KP Baseball Monthly” — now the long-time national baseball writer for the New York Times.

No one could have imagined the changes that would take place in the sports card market from Topps’ 40th anniversary to its 70th.  The competition is gone and the gum disappeared after 1992. The flagship set is but one of a mountain of products released each year, some costing thousands of dollars a box. Topps doesn’t take us inside the printing facility anymore and it stopped publishing the magazine as the junk wax era came to a close.

It was all fun while it lasted.

1 thought on “Topps Baseball: 30 years in the rearview mirror”