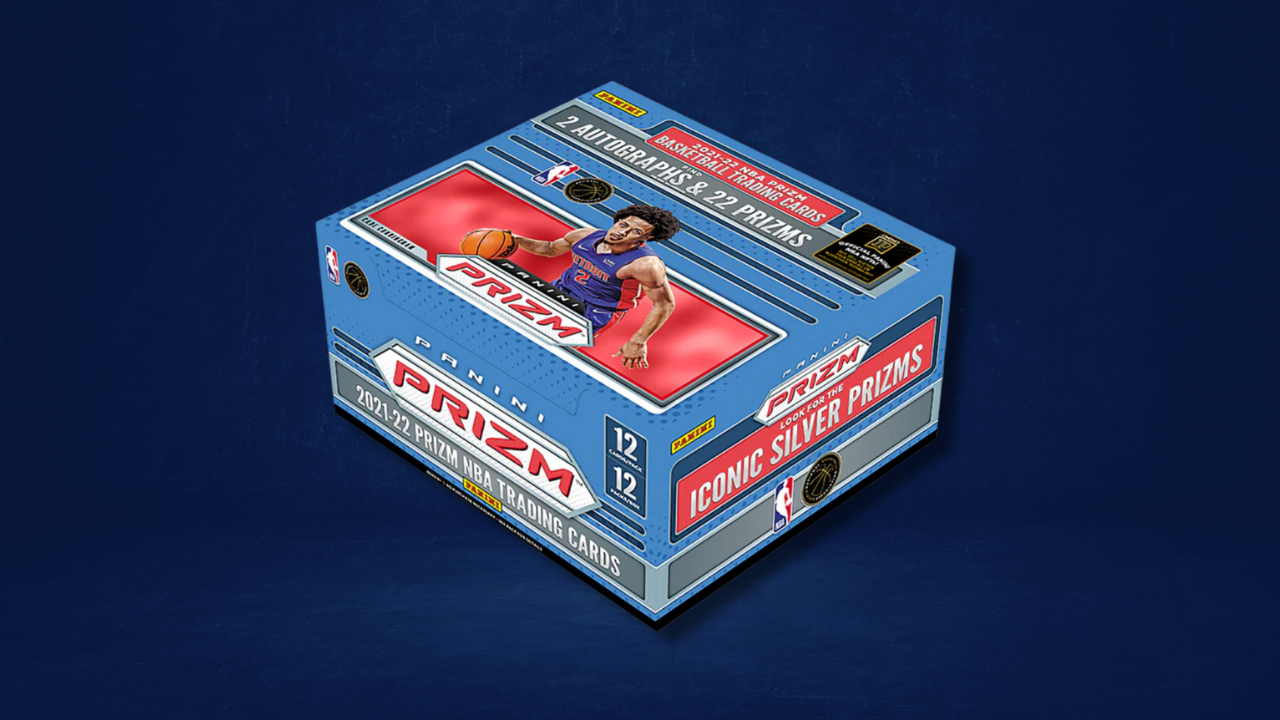 The summer has been loaded with big-time releases and it’s only heating up thanks to Panini’s tenth installment of Panini Prizm Basketball. 21-22 Panini Prizm Basketball will take center stage this Friday for hobby fans everywhere. There are beloved elements that we’ve come to expect, there are also some new additions to the release that are definitely noteworthy.

Panini Prizm Basketball’s base set features a robust selection of rookies and vets. Yet, it’s no secret that the rainbow Prizm parallels are the real catch. With at least 22 Prizm parallels in each box, you’re going to find plenty of color.

Despite Panini keeping this year’s checklist close to the vest, we do know that there are at least 10 inserts in each box and there are some new members that will get the hobby’s attention.

Fireworks, Fearless, and Widescreen return to the fold in this year’s release.

Making their Prizm debut, we have Prizmatic and Mindset, but Panini also shows love to the NBA’s 75th season milestone with two new inserts, NBA 75th Logo Hobby, and 75 Years of the NBA.

Finally, we get to the signatures, chasing the league’s best and brightest autographs are always an adventure and in Prizm basketball you can do that in three separate autograph inserts.

Our first year guys like Rookie of the Year Scottie Barnes and other promising up-and-comers like the Orlando Magic’s Jalen Suggs will dawn Rookie Signatures.

However, Prizm was sure to not leave out the veterans with Sensational Signatures and Flashback Signatures, a throwback to the 2012-2013 base set design.

Friday is the day! Whether you’re looking to add to your personal collection or you’re on the hunt for a special card, we hope the hobby gods bless you/ And don’t forget to share your hits with us on social media so we can celebrate your big hits with you.