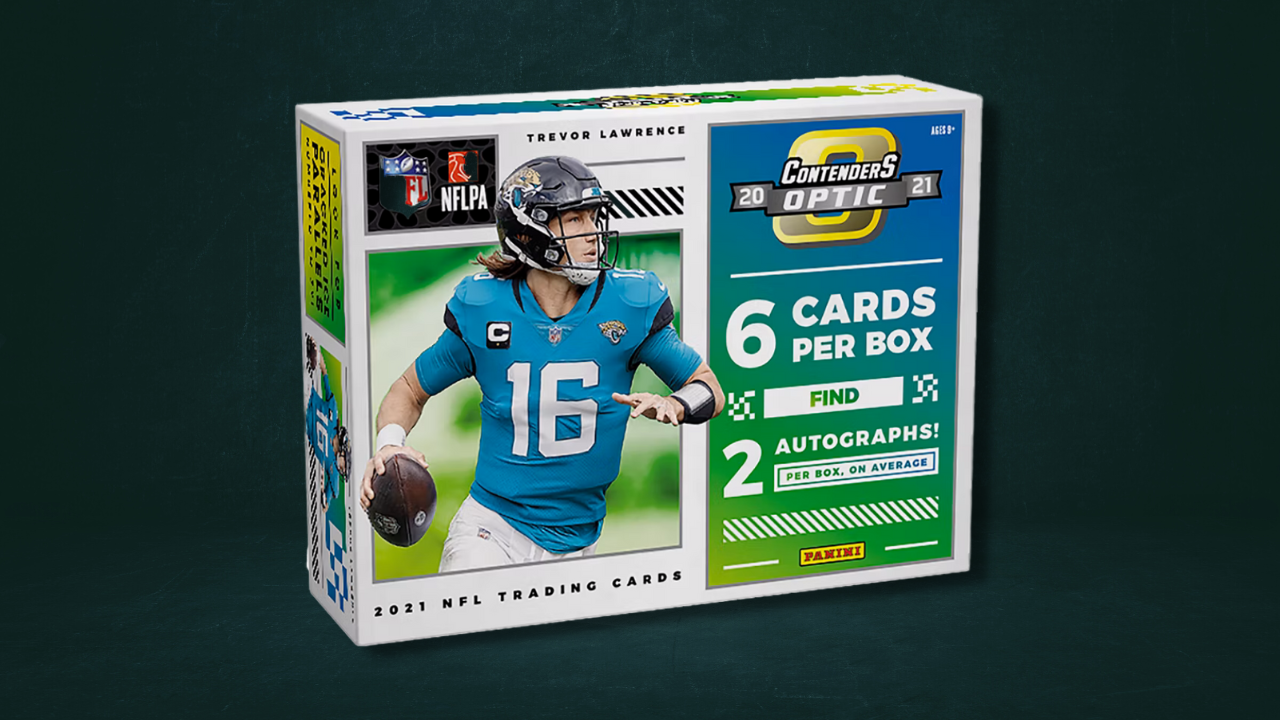 Last week Panini gave us Flawless, and this week they return with another big-time release with 2021 Panini Contenders Optic Football. Optic takes the familiar look and feel of Contenders but adds a little more spice to it with the cards printed on opti-chrome stock. Yet, while there is so much familiar with this product, there are a few new elements you wouldn’t want to miss.

While MVP Contenders, Winning Ticket, and All-Time Contenders all return from the original Contenders set, there are some new additions as well.

New in 2021 Optic inserts include Optic Illusion, Splitting Image, and Up and Coming, which highlights the young stars of the NFL. You can expect one insert per box on average.

As mentioned earlier, Rookie Ticket Autographs found a new home among the other autograph inserts with 10 parallel variations of its own. You already know all the big names from the 2021 draft class, and Contenders Optic comes with two autos per box. The odds of hitting a big name are pretty good.

We also get to chase other on-card signatures such as 2012 Contenders Tribute Autographs, Rookie of the Year Contenders, and 2001 Contenders Throwback Rookie Autographs.

Alright Loupe family, Contenders Optic is set to take the field and it’s loaded with some absolute gems. Join us this Wednesday for all of the release day fun because just maybe we have something special in store. Happy Louping!