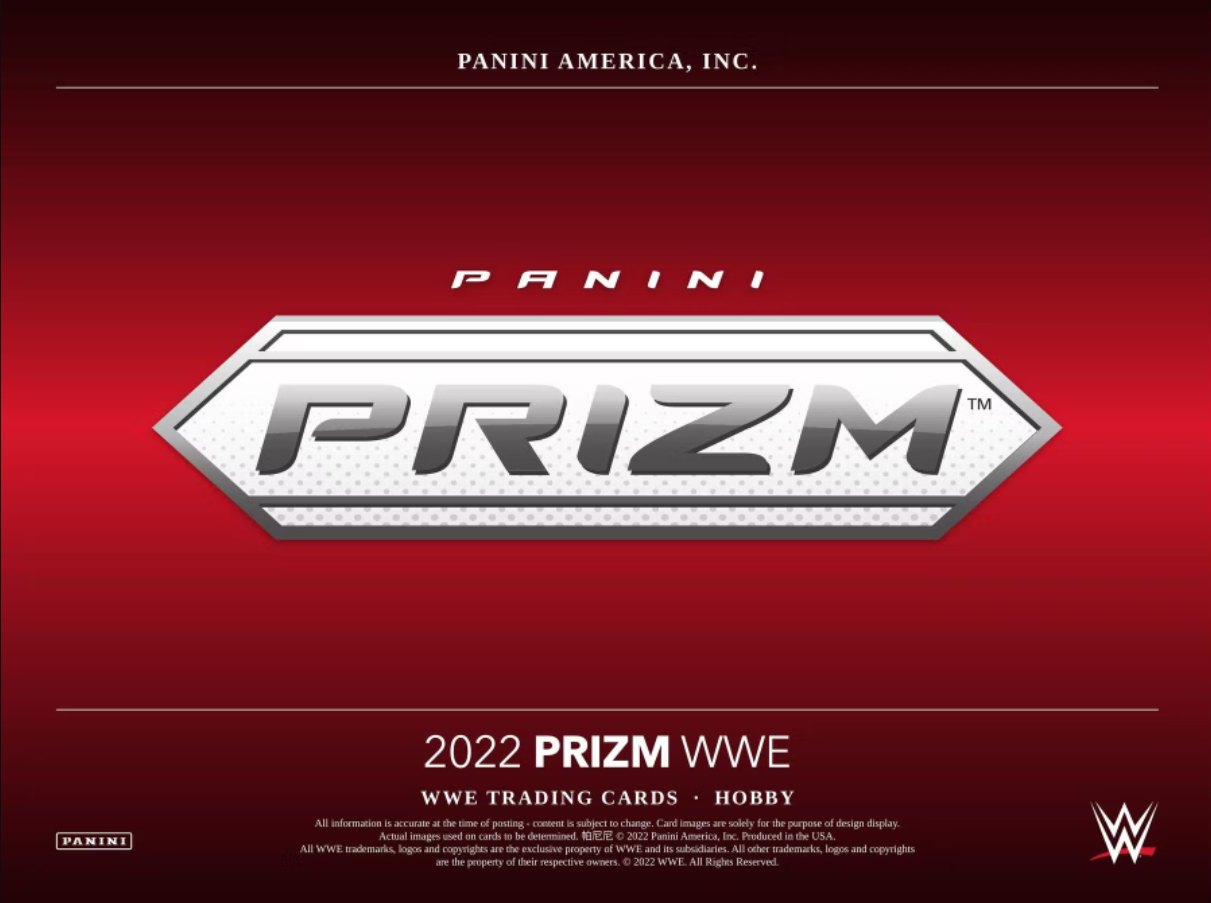 FINALLY! The WWE has come to Panini. Yes, this Wednesday, April 6, the WWE brand makes its debut for the millions (AND MILLIONS) of fans with Panini Prizm WWE. Prizm is one of the most popular products for sports like basketball and football, and this is the first time we’ll see wrestling entertainment’s biggest superstars dawn the iconic design.

The 200-card base set boasts a robust 22 parallels featuring rookies in the ring to the Hall of Famers of past eras.

Panini Prizm WWE also gives us a handful of inserts to hunt for, like Fearless and WWE Next Level.

Prizmatic Entrances are a quick cinematic shot of some of our favorite superstars as they make their way down the ramp.

WWE Gold gives us a mixture of superstars today like Big E, as well as past legends like Stone Cold Steve Austin.

Last but not least is the highly coveted Colorblast, featuring 10 of today’s most prominent names in the WWE Universe, including newly-crowned Universal Champion Roman Reigns and Raw’s Women’s Champion, Bianca Belair. Colorblasts are tough pulls, but they’re among Panini’s most beloved inserts across all sports.

Panini Prizm WWE is loaded with eight signature inserts and more than 100 superstar signers. And with a guaranteed two autographed cards in every box, there is hope you’ll land a couple of big names of the present and the past.

Iconic Rivals Dual Autographs shows love for two superstars who are forever linked. Snag a dynamic duo like DX’s Triple H and Shawn Michaels or a rivalry for the ages like Randy Orton and John Cena.

Champion Signatures, another Prizm staple, highlights a shortlist of those who have hoisted the gold over the years.

All in all, Panini Prizm WWE looks to have delivered a Wrestlemania-sized debut. If you love the squared circle, op on the Loupe app with our trusted sellers to get your hands this awesome new product, and tag us on your big hits so we celebrate with you.