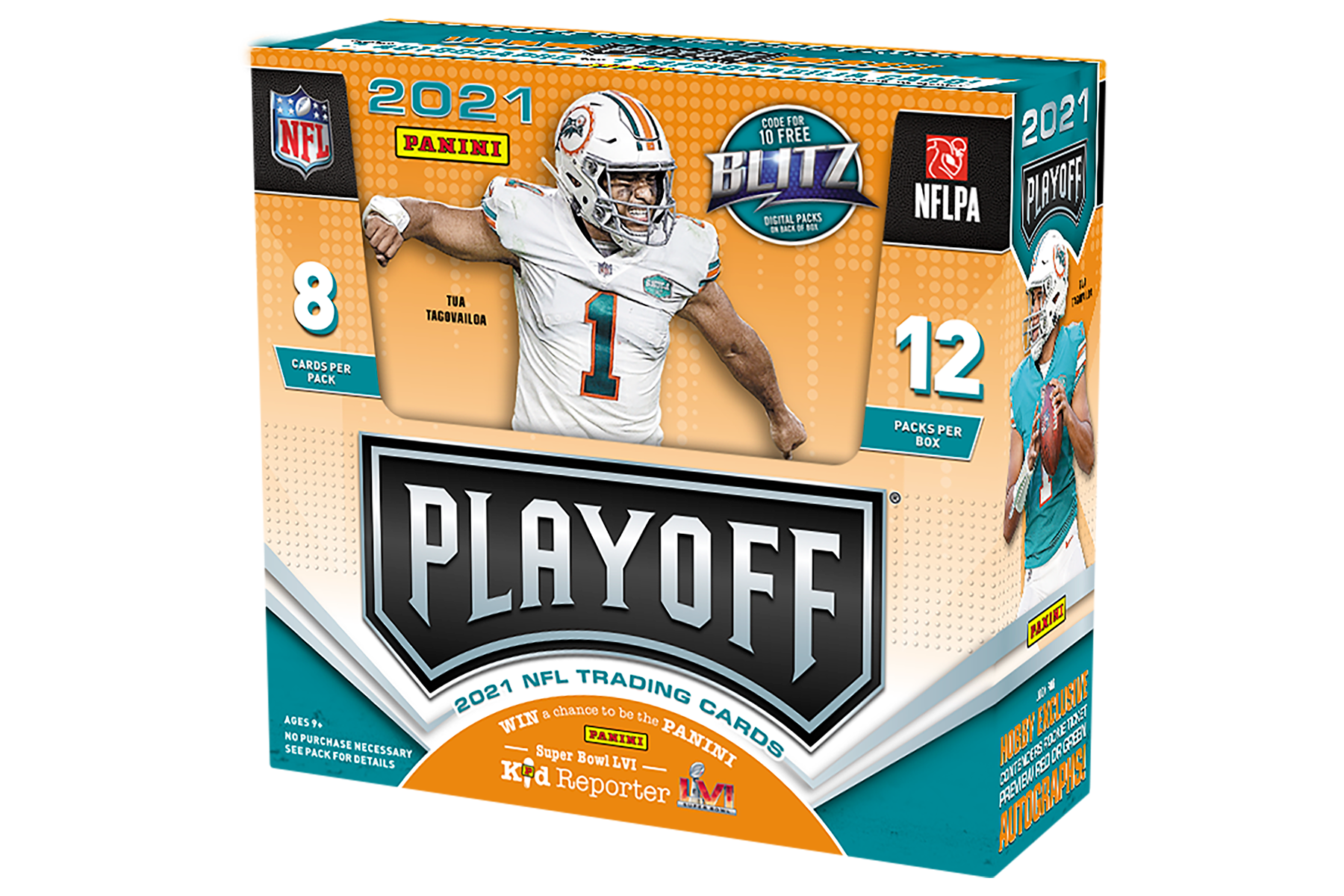 This NFL postseason has been incredible. I feel like we’ve seen some of the greatest games in the last decade this year alone. We’ve gotten overtime victories leading to a nationwide call for rule changes, and upsets that has the league scrambling to reorder the best quarterbacks lists. We are left with the final game of the year that may change the way we view some of the stars for years to come and may have a massive impact on the value of the cards we hold right now.

Yet, with the newest release of Panini Playoff Football set to come out this Wednesday, February 2, some of us get a chance to enter that very conversation for the first time. So without further ado, let’s get into what’s in the box.

First up is the foundation of every release: the base set. We’re looking at a massive 300-card base set. With at least one in every pack, Panini Playoff Football also features several parallels:

However, there are new elements to look out for with the Playoff Plus cards. This insert dedicated to rookies will have the same look and feel in design, but with the twist of being printed on opti-chrome stock.

Also, new in 2021, look for specific inserts like Behind the Numbers, Call to Arms, Rookie Wave, and the Thunder and Lighting (which you can see below). These all have die-cut versions.

Despite a few facelifts to the base set, the hits will always reside in the autographs and relics, and I think that this year is no different with Panini Playoff Football. In each box, you’ll land two autographs and one memorabilia card. These are loaded with potential rookies and superstars that would look real nice in a collection or catch someone’s eye on the market.

Outside of the rookie class, we also get to a chance to snag a star today or an all-time great of the past with Behind the Numbers Signatures, Call to Arms Signatures, and Hall of Fame Signatures.

Game Day Signatures will be exclusive to league vets and Touchdown Tandems is the only dual auto insert in the release.

One of the highlights of the memorabilia inserts is the Turning Pro (#/50) cards that feature rookies’ college and NFL photos to commemorate their transition from campus stadiums on Saturday to the gridiron on Sunday.

Reception Perfection (#/50), Rookie Stallions (#/50), Sunday’s Best (#/50) make up the other memorabilia inserts that feature some of the elite rookies, veterans, and some former greats around the NFL including Patrick Mahomes, Justin Jefferson, and Hall of Famer Ed Reed.

So Loupe family, you know what to do. Hop on the Loupe app and hunt down the next addition to your personal collection and be sure to post your hits and tag us so we can share your wins with the community.