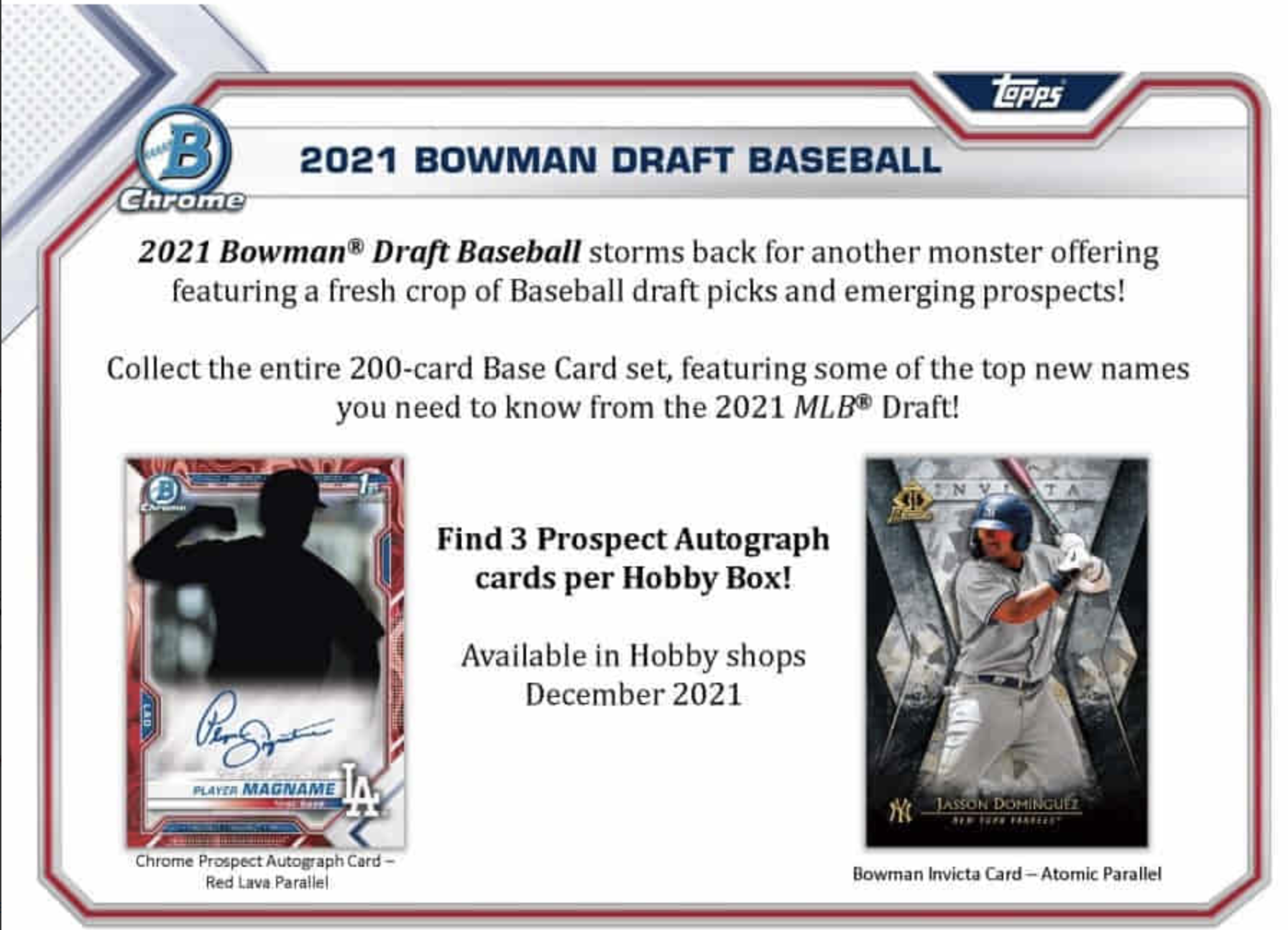 Happy Holidays Loupers! Despite the MLB season being at a standstill (due to the ongoing CBA negotiations), Bowman has their eyes set on the future with its newest release. 2021 Bowman Draft Jumbo will be out this week featuring the top prospects from the 2021 MLB draft in various inserts, both returning and some new. So, before you go hunting for the next big names like Henry Davis and Marcelo Mayer on the diamond, let’s get into what’s in the box.

The 200 base card set will feature 200 prospects, and this will be the debut for many of those prospects and highlight others who are working their way up. There is also a new addition to the parallels with the Aqua Border Parallel (/199).

Genesis Autograph Parallel (/99) looks to have one of — if not the most — unique prints in the entire release with its cosmic design. The Parallels include the Red Refractor (/5) and the SuperFractor (1/1).

And last but not least for what’s new in the release is the Bowman Invicta and Bowman Invicta Autograph Parallel. Both inserts will have several inserts, respectively.

While there is so much new in the release, we also have some recurring inserts that shouldn’t go unnoticed. The return of Franchise Futures, All-American Game Autographed Cards, and the Franchise Futures Dual Autographs (/99).

Ultimately, this release is for diehard collectors and fans. But, with so many chances at the potential big leaguers of the future, this release could be not only fun to follow, but also profitable for those who consider themselves card investors. So, no matter what side of the coin you are on, don’t hesitate to jump on the Loupe app this Friday and land some big names.