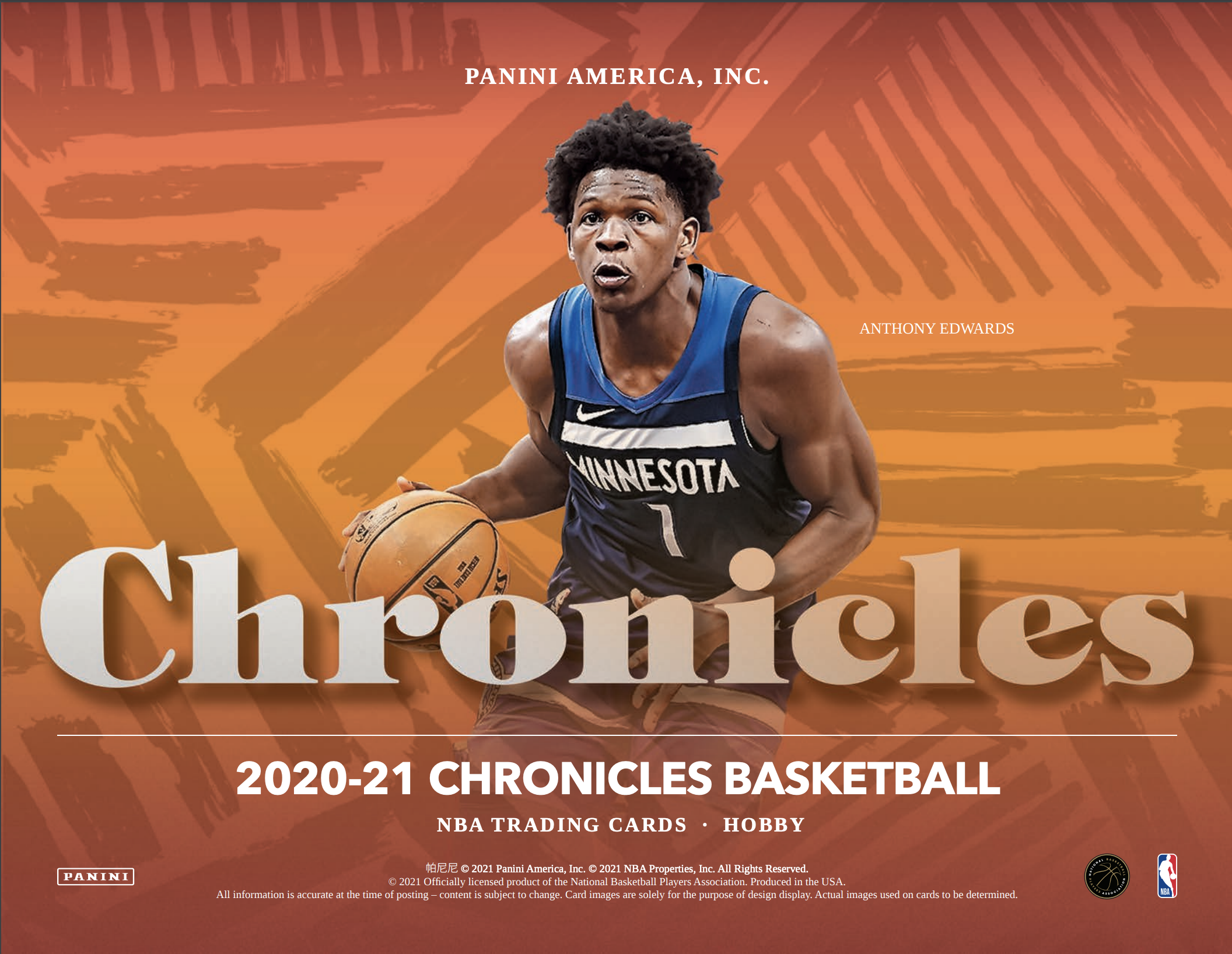 The new NBA season is underway and it’s a wild one, but Panini still has a few quality releases on the calendar for the past year that hoop and sports card fans will love. The next launch is 2020-21 Panini Chronicles Basketball set to be released November 24.

The 2020-21 Chronicles Basketball is a mixing bowl of cards that were already released over the year. Each box consists of six packs, with eight cards per pack and 12 boxes per case. Panini says we can expect two autographs per box on average. Those who take a chance on it will have the opportunity to land some big hits with popular set designs from years past featuring the top rookie and veteran players in the NBA today.

You can hunt for rookie cards from numerous subsets like Plates & Patches, Majestic, Limited, Gala, Titanium, and Gold Standard. Gala might be the toughest pull out of the entire set, as the checklist is only 35 cards and each is serial-numbered to 8.

Along with big-name rookie cards, you can find quality veterans in the Airborne Signatures like Anthony Davis and Dwyane Wade. Also, legends of the hardwood in the Hall of Fame Autographs Purple including hooper royalty like Magic Johnson, Isiah Thomas, and more!

Finally, there are some brand new elements added to 2020-21 Chronicles. Look for rare autographs in Phoenix Rookie Autos and National Pride Signatures.

Loupe sellers will be locked and loaded with 20-21 Panini Chronicles when it drops next Wednesday. Chronicles is always one of the most fun rips of the year, so it should be a good time. And there are plenty of huge rookies to chase. We’re hoping to see plenty of LaMelo, Edwards, and Haliburton!

1 thought on “In The Box: 2020-21 Panini Chronicles Basketball Preview”