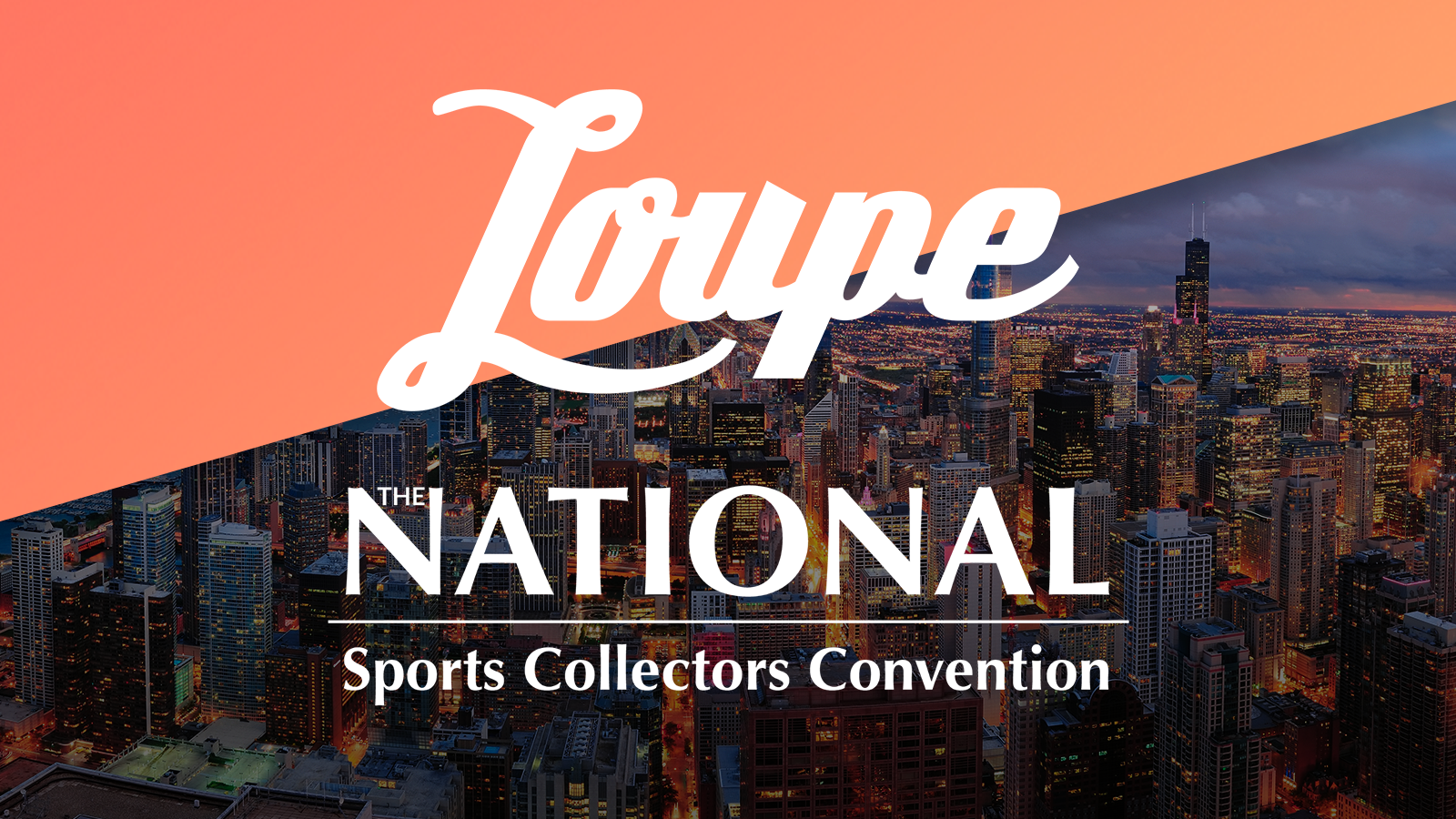 The National Sports Collectors Convention — or, as its friends call it, “The National” — kicks off in a little more than a week. Most of the Loupe team will be on-site in Rosemont, Illinois to celebrate the biggest card show of the year. We’re so excited!

It’s time to keep you #InTheLoupe about our plans. We have a busy schedule for The National, as we’ll be constantly buzzing around the show spreading the good word of Loupe. Here’s what we’ve got lined up.

During show hours, here’s where you can catch us around the convention center:

We’re gonna stay plenty busy. We might even have some surprise events pop up over the course of the next week or so. Make sure to follow us on Instagram and Twitter so we can tell you about any last-minute additions that happen. It’s going to be a crazy week! We’re so excited to finally meet all you Loupers in person.