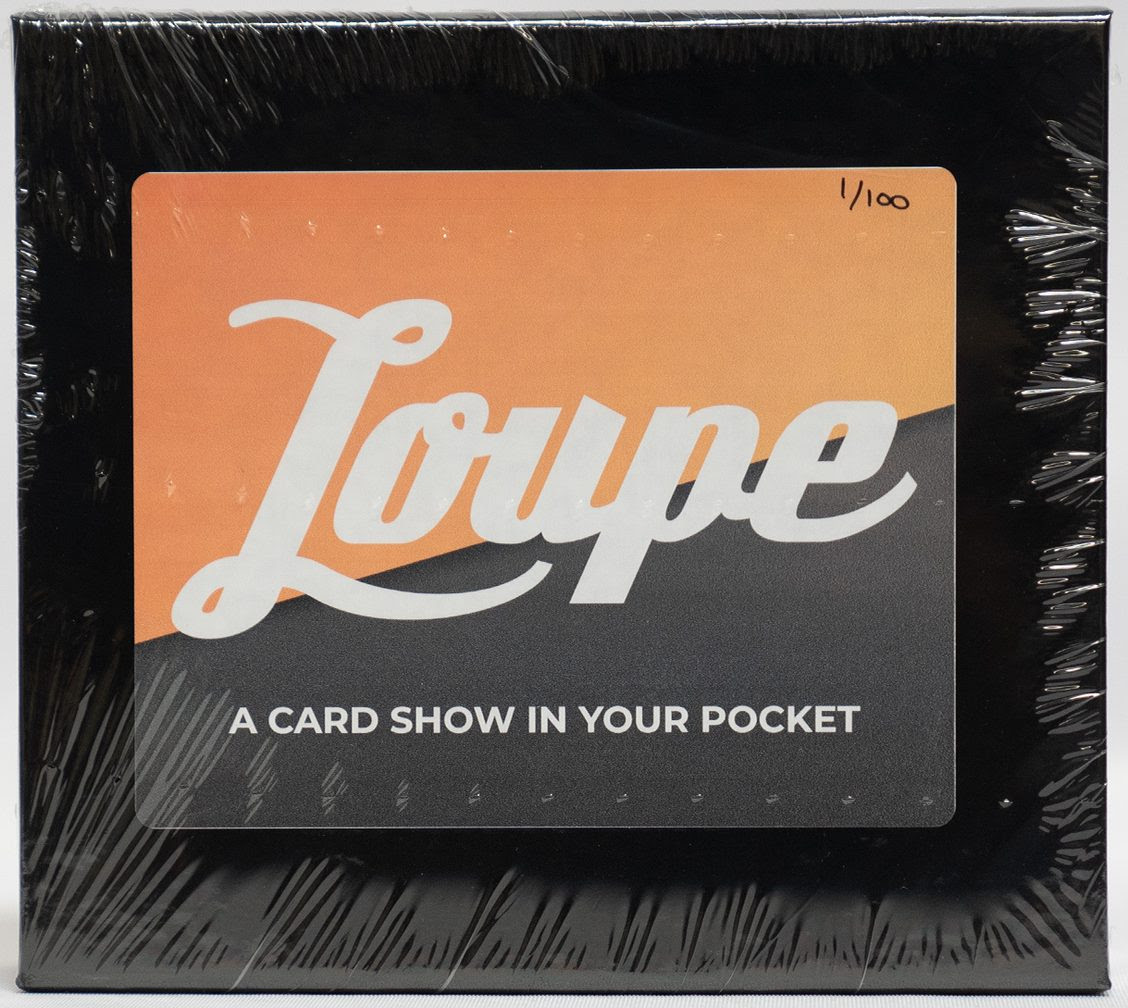 The hottest drop on Loupe debuted two weeks ago. Did you get in on it? You had to be Johnny on the Spot, and you had to be fast. Otherwise, they were gone in the blink of an eye.

We’re talking about the brand new Loupe Box, our first time selling our own sealed product. It went over marvelously, as the Loupe Box was a hot ticket in every single stream. The first batch was limited to a run of 100. We went through them so fast, we had to launch a second wave.

Later this week, you’ll start seeing Loupe Box: Baseball Series 2 popping up on Loupe. It’s the same idea as the first wave, just different cards. Each box in Baseball Series 2 will contain an autographed baseball card. This wave is also numbered to 100, so it won’t last long either.

Again, this is a chase product, similar to Topps Archive and Panini One. Equal value isn’t guaranteed. There’s tremendous upside, but not every box will make its money back. It’s different than the market value repacks that you’ve come to know and love on Loupe.

With that disclaimer out of the way, what are some of the biggest hits in the Loupe Box: Baseball Series 2? Some of the biggest chase cards are: a 2019 Wander Franco Bowman’s Best auto with a BGS 10 grade; a Ken Griffey Jr. patch auto /10 out of National Treasures; a 2020 Christian Yelich and Juan Soto Topps On Demand dual auto /25 with a PSA 10 grade; a Shohei Ohtani Museum Collection auto /15; and a Vladimir Guerrero Jr. Topps Chrome autographed rookie printing plate.

As always, we’ll send you a push notification whenever someone goes live with a batch of Loupe Boxes. (Make sure you have pushes enabled!) We expect these will go just as quickly as Series 1 did. If you’re lucky enough to snag one, share your hit with us on Instagram and Twitter. We love seeing what comes out of these.