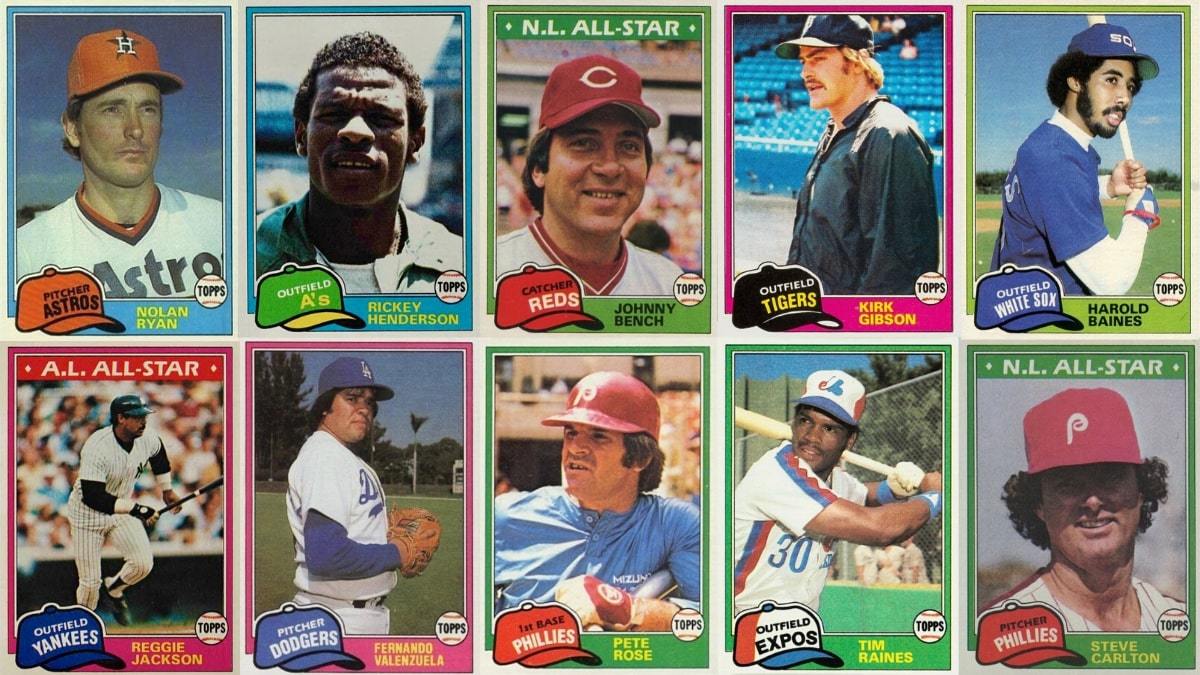 The baseball card landscape had been the same since 1956. Topps was the only game in town for the next 24 years, with the rare exception of 1963 when Fleer snuck out a set of cards packed with cookies. Forty years ago, though, everything changed and there was no going back.

Long-running lawsuits had finally reached the resolution stage and in the winter of 1981, Topps suddenly had competition. Fleer and Donruss both ponied up for licenses. While each company released a flagship set of baseball cards in the weeks leading up to spring training, it was all pretty much old news by this time of the year. The gates then opened for some different sets that kept collectors occupied for the rest of the strike-impacted 1981 season.

While Donruss didn’t offer anything beyond its problem-filled packs, both Fleer and Topps offered a few other sets.  The landmark effort was the 1981 Topps Traded set. While the company had made a concerted effort to update its sets with “traded” subsets in 1974 and 1976, it decided to push out the first ever boxed update set late that year. It gave rookies their own individual cards and featured players who changed teams through trades or free agency after Topps’ printing deadline in the late fall of 1980. The 132-card set was a hit — so much so that Topps is still pushing out late-year Update sets today, although the format has ebbed and flowed over the years.

Topps also pushed out a Scratchoff set, featuring long rectangular cards, each featuring three players separated by perforations. The scratch-off portion was used to play a game. There were a dizzying 144 possible panel combinations.  Today, complete sets are inexpensive but the cards aren’t very exciting.

Topps also launched the first in a long line of sticker sets — 262 of them along with an album to hold them… and on the opposite side of the spectrum, an ambitious series of oversized player photos. Sold in one-card packs (36 per box) and distributed by region, the set of 102 included only a limited number of teams. There was an Angels/Dodgers set, one for the Rangers/Astros available in Texas, another in northern Illinois featuring the Cubs and White Sox, another in New York with Mets and Yankees, plus others for the Phillies, Reds and Red Sox, distributed in those areas. There was also a national set of 15 players that was distributed in areas not covered by the team set issues.

Fleer was busy, too. It created a set of “Star Stickers” which featured some of the bigger names of the day, with a dark blue border around the outside of the image. The font used for the players wasn’t all that different from the regular Fleer flagship set, the photos were less than stellar and there were issues with the blue ink not running across all of the cards. But hey, it was something new to collect and that’s all that mattered in 1981.

Fleer also produced a set of Robert Laughlin cartoons telling the story of All-Star Games from 1933-1980. It was sort of a follow up to the 1970 and ’71 World Series sets he created for Fleer.

It was all part of a newly competitive marketplace, with plenty of interest from kids and suddenly from a new group of very engaged adult collectors. While the work stoppage soured fans on the game for much of the summer months in 1981, things would only heat up in the baseball card world as the rest of the century unfolded.