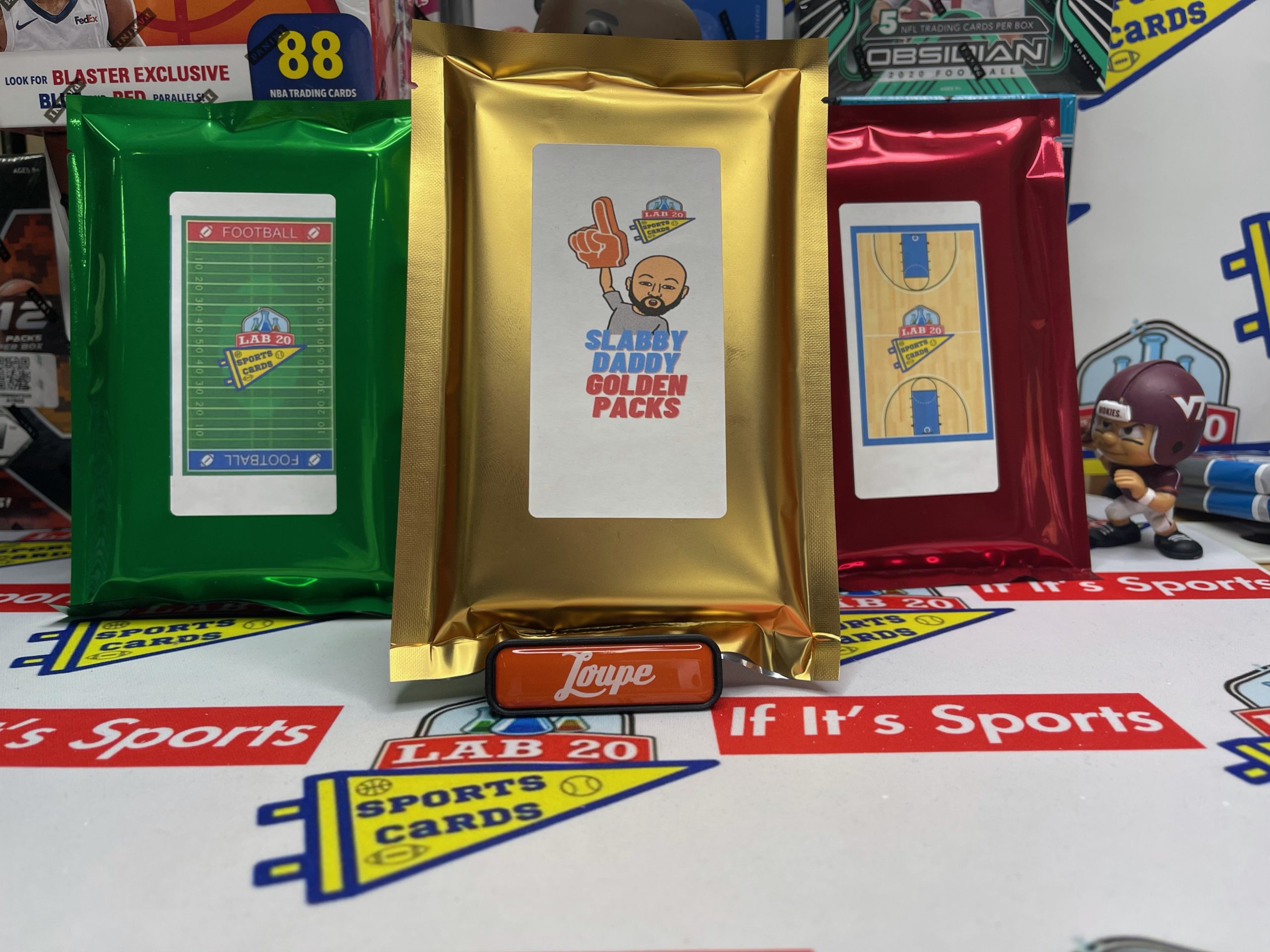 Jump into a Loupe stream on any given night, and you’re going to find people ripping a ton of wax. That’s the lifeblood of Loupe. Everyone’s selling and shipping sealed product. (It’s a great time to point out that you might join a room that has a group break going on; read this for a complete overview about how they work.)

But on a slightly more rare occasion, you might find a streamer who has put the wax on the rack in favor of repacks. About once a week, we have someone who throws a whole event centered around repacks, and they’ve become something of a fan favorite on Loupe. If you’re new to them, let us get you up to speed.

How do repacks work?

It’s an easy concept. Repacks (also called hit packs) are valuable cards that are resold in blind grab bags. You won’t find base cards or junk in a repack. They only have hits. Sometimes it’s a single card, sometimes it’s a handful of cards of a certain player. Sometimes it’s just a bunch of random hits that have a good cumulative value.

So, you don’t know what you’ll get?

Right. Hit packs combine the mystery and anticipation of ripping sealed product with the guarantee that it’ll result in something good. That’s why they’re so popular. Everyone knows they won’t go home emptyhanded.

How much do they cost?

How much do you want to spend? No, seriously. We’ve had repacks that are priced in the $20 range. We’ve also had repacks that have exceeded $4,000. There’s something for everyone when it comes to hit packs on Loupe.

Oh, an example of those big-money repacks? How about Zion Williamson and Ja Morant rookie patch autos out of Panini One? They’re expensive, but there are some very cool cards hiding in them.

Are they worth the money?

Here’s the thing about repacks on Loupe: Our sellers will always price their repacks around market value. Sometimes you’ll hit the jackpot and the comps will be considerably higher than what you paid. But you’re never going to end up with significantly less value than the price of the repack. Loupe sellers pride themselves on giving buyers a fair deal, as they help you build your out your personal collection.

When’s the next repack event?

Lucky for you, we have two coming up this weekend. Hit Seekers has repacks Saturday, April 17 at 4pm Eastern. The first ones flew off the shelves, so this is Round Two. Then, Lab 20 is doing their weekly Sunday repacks on April 18 at 6pm Eastern. Lab 20’s hit packs have quickly become one of the premier can’t-miss events on Loupe. Make sure you get there early!