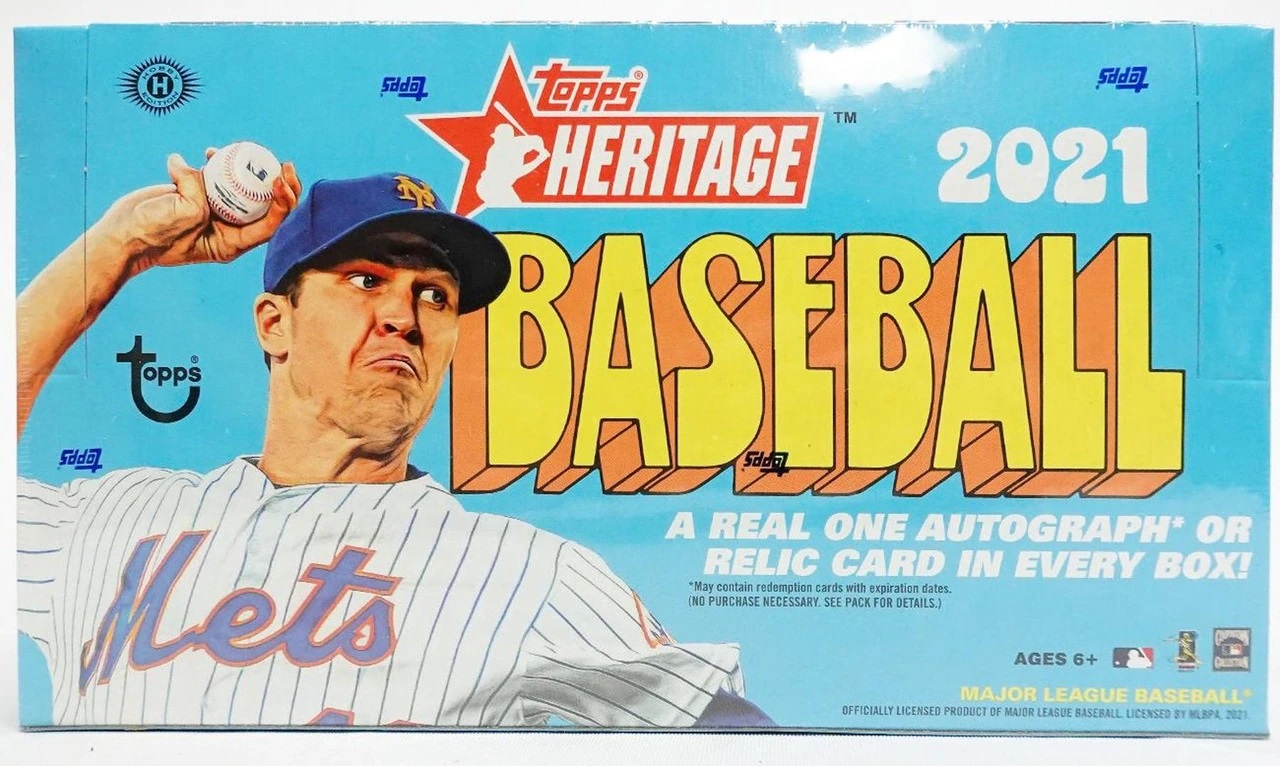 Topps announced the return of its Heritage High Number set on Monday. With a more normal season hopefully unfolding, it’s good to see product schedules getting back to normal, too.

The regular product was just released a short time ago and since there are a lot of newcomers around these days, it’s a good time to point out that there are certain products in the hobby that aren’t designed to surrender “monster hits,” “bangers,” or whatever term is getting tossed around by those who break current era boxes. Inevitably, someone who doesn’t know any better will pick up a box looking for tons of serial numbered cards and autographs but the flip game is not what Heritage is built for. Never has been… and it’s been around for a long time.

In fact, there are several sports card products that are still designed primarily with set builders or budget-minded collectors as the target demographic. That’s easy to forget with the loud talk about record-setting sales, big hit flips, and the profit mentality. Yet, someone will open a box and say it was “garbage” because their box either didn’t have an autograph or yielded one of a guy who played 50 seasons ago who they’ve never heard of. No, you didn’t get “garbage.” You got exactly what you’re supposed to get. If you don’t understand that, it’s your fault.

Heritage is not a favorite of breakers or flippers. It’s a hobby history lesson. This year’s set focuses on 1972 with a ton of subtle and not so subtle nods to the original set’s designs and quirks, the great teams, the World Series, and other nostalgia. It’s a mix of new guys with a few callbacks to the guys who played that season.

There’s an autograph or relic card in the box, yes, but most collectors sort of consider that a bonus. They’re not expecting to make bank on it. Nor should they. But, it’s cool to know that Hank Aaron signed autographs for Heritage not long before his unexpected passing, and Topps has included them in the product. (You’ll also find a few in the recently-released Topps Definitive — a pricier product that will yield plenty of serial numbered autos.)

If you’re old enough to remember the originals, Heritage is always kind of a fun trip back in time. If you’re not, you can still appreciate it. There are plenty of chase elements but no shiny stuff. The 1/1s are the cut signatures from athletes and celebs who were in the news back then.

2021 Heritage High Number will salute Roberto Clemente’s chase for 3,000 hits, which ended at the tail end of the ’72 season. On the last day of the year, he would die in a plane crash on what was a humanitarian mission to earthquake victims in Nicaragua.  It’ll also salute the 1972 World Series champion Oakland A’s as their three-year run of greatness began.

If Heritage isn’t your thing, there’s Opening Day, Big League, and a couple of other products on the way that are built for collecting, not flipping. None are built around the big hit and all should be readily available because flippers will quickly realize they can’t deplete the supply and there’s not much profit to be made once you get past the first week of release.

None of this is a knock on those who prefer their baseball card experience to be more of a roll of the dice with the chance for a nice payday. Just a friendly reminder that there’s room in the hobby for both and not all products are created equal.

4 thoughts on “Know your product lines”