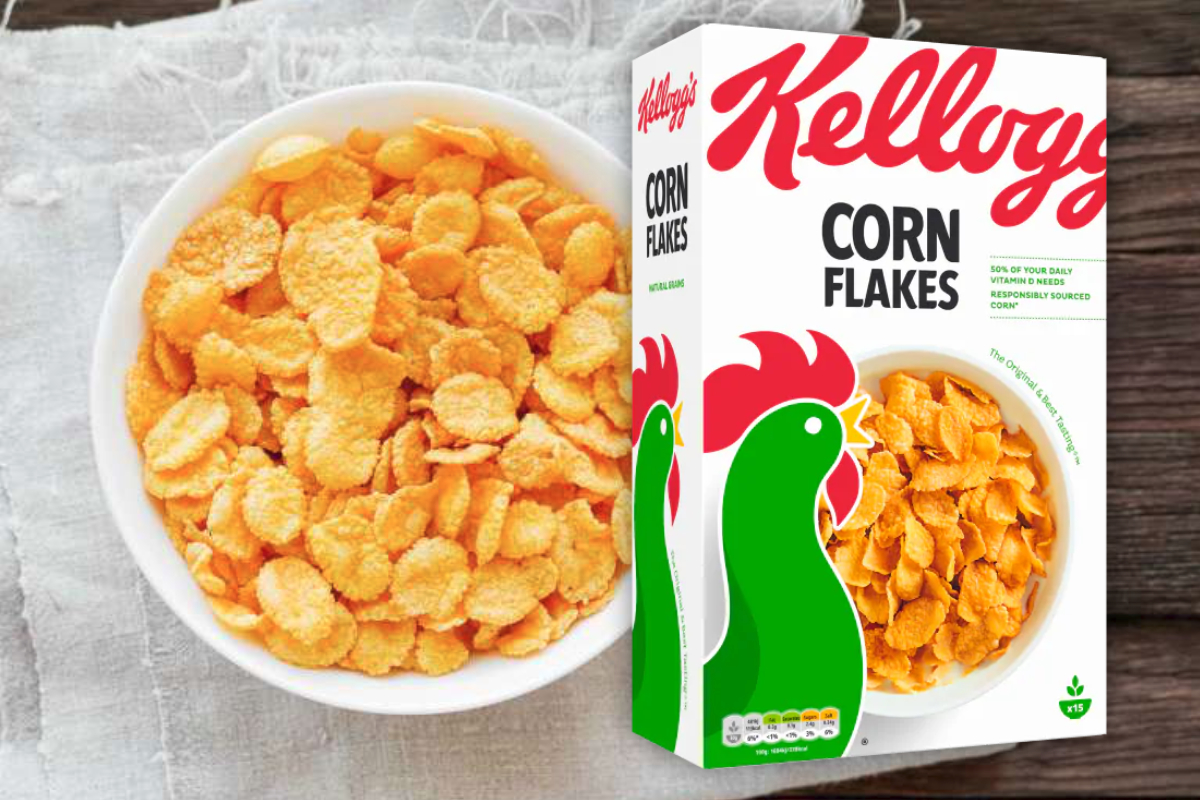 I went to a card show in Ohio over the weekend. While the two rooms that hosted dozens of dealer tables were mostly full of modern cards (especially basketball), there was a dealer in a back corner whose inventory consisted of stacks, binders, and boxes full of vintage. On a far table were a couple of stacks of 1971 Kellogg’s cards — baseball and football: the old “3D” cards that passed for high-end at a time when there wasn’t much else to collect beyond the standard Topps sets, their occasional sidebar issue, and the few regional sets that popped up from time to time.

Kellogg’s cards were as much a part of breakfast in the ’70s as Pop-Tarts and orange juice. Slightly smaller than their bubble gum cousins, they turned eating breakfast into a treasure hunt.

Every specially-marked box of Corn Flakes and Frosted Flakes contained a card — thoughtfully wrapped in a white, slightly see through wrapper that protected it from the factory-made flakes. Usually the card slipped about three quarters of the way down the box by the time it arrived in your local grocery store. You begged mom to buy a box and either opened it as soon as she unloaded her paper bags, or opted to savor the anticipation until one morning when you turned it upside-down and the mystery card floated out.

Kellogg’s cards were made with lenticular technology and while I can’t adequately explain what that is, if you’ve ever held one in your hand, you know. They were ten times better than bubble gum cards. High class.

Even the backs were detailed enough to occupy the time it took to down a bowl, drowning in milk. Because of the small checklist, Kellogg’s focused primarily on the stars of the day — or at least guys who most baseball loving kids had heard of (Hank Aaron was never included, likely for some contractual reason).

They don’t quite have the shiny power of Prizm and they aren’t serial numbered, just “cereal numbered,” as in “1 of 75.” That’s how many were in the baseball set (60 for football) produced by the folks in Battle Creek, Michigan 50 years ago. The ’71 sets were the second in a run of Kellogg’s cards that lasted from 1970-1983 for baseball and the last of two football sets they issued during the ’70s.

Kellogg’s generally didn’t expect you to eat a few hundred bowls of cereal to complete a set — just a couple of them. Every year of the promotion, they put an offer on the side of the box. Send in two box tops and a little cash (usually around $2) and in a few weeks, they’d mail back a complete set — the cards still clinging to each other like brothers — carefully placed inside a self-sealing envelope and shipped in a sturdy cardboard box.

For reasons apparently lost to time, the company opted not to make the mail-in offer for either its baseball or football set that year. Just thinking about it made you feel as if you’d been mauled by Tony the Tiger.

Eventually, a few somehow escaped the factory or were otherwise acquired outside of the usual method so they’re not impossible to find these days, but they’re definitely a challenge.

The dealer’s table at that show I went to was representative of another issue: cracks. Corners on 1971 Kellogg’s cards usually remain pretty strong even decades later, but for some reason, that cool coating that gave us the illusion of depth is prone to cracking more than any other year (1975 is a close second). Even if you put them away decades ago, the cards can suddenly develop cracks in them. So not only are they somewhat tough to collect, they’re tough to find uncracked and not always easy to keep that way even when you do.

The star cards are extremely underrated and undervalued today, in this writer’s opinion.

Even though I completed both sets years ago (yes, a few have cracked in the meantime), I still love seeing them in the wild, even though I usually find myself mysteriously craving breakfast after I do.