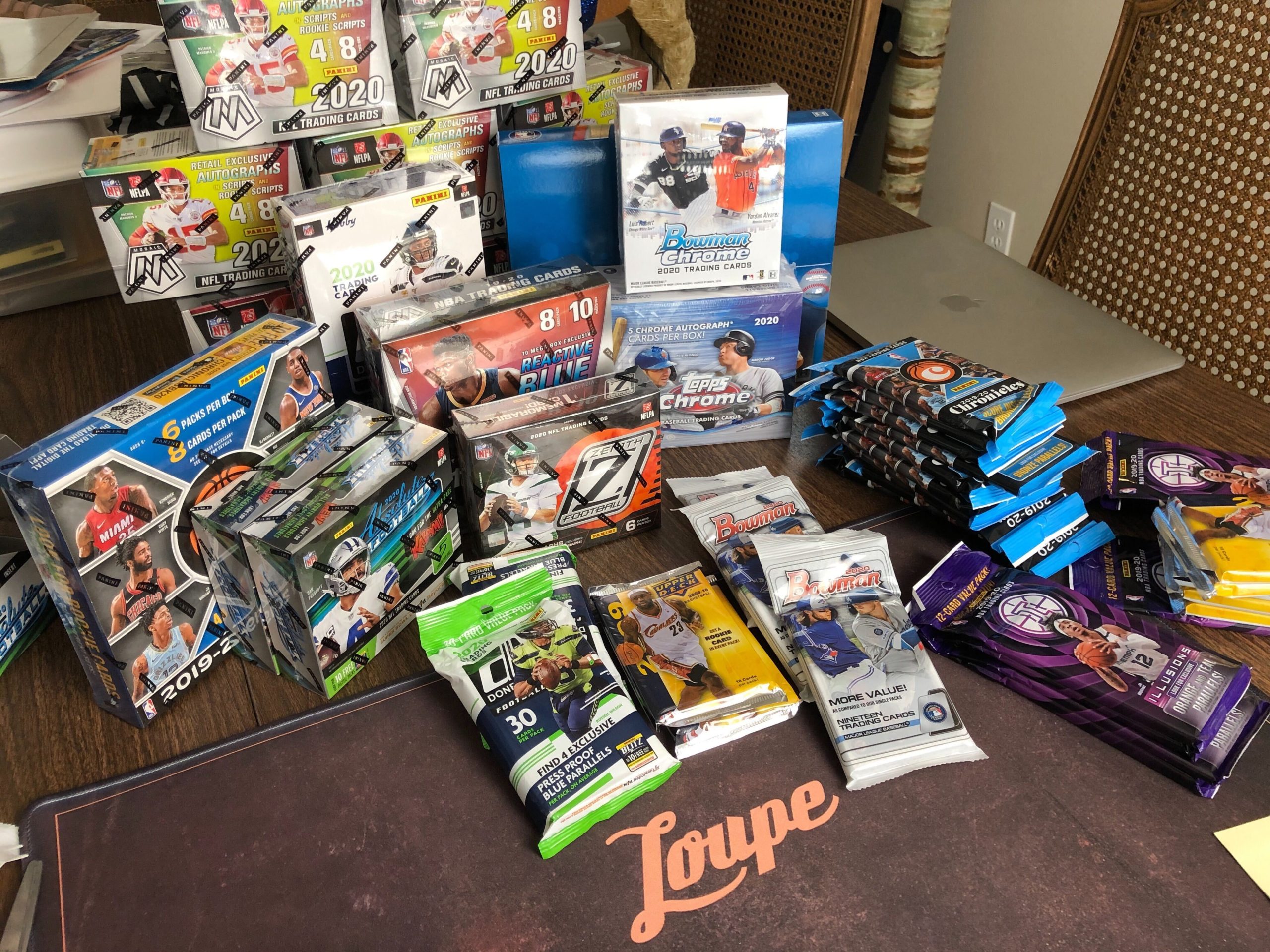 We can confidently say — with no hyperbole or exaggeration — that we love it here. It has been a long and tough road as we’ve spent most of 2020 putting together this app that we knew could change the card collecting market. It’s so amazing to finally show it to you. The outpouring of support over the past week has been absolutely incredible, and it has affirmed why we started this in the first place.

So, sincerely and truly: Thank you to everyone who has downloaded and checked out Loupe already.

With a great launch come great inquiring minds. At least we think that’s how the Spider-Man quote goes. We’ve gotten a ton of questions about Loupe as everyone tries to wrap their head around this new platform. Both buyers and sellers have stuff they want to know, so we figured it might be a good idea to write a new FAQ of sorts. We just want to clear up some of the most-asked questions from Loupe’s launch week.

When I tuned in, why wasn’t the video quality very good?

Okay, that one’s on us. But to be fair, it’s not something that we could’ve really seen coming.

Basically, our launch weekend was 2 Fast 2 Furious. We grew quicker than expected and our concurrent viewer counts outpaced our projections. In closed test streams, the video looked great because the audience wasn’t very big. When we opened the floodgates, the quality took a major hit.

Here’s the good news: We think we’ve identified the problem and rectified it. You shouldn’t have to put up with potato streams anymore. If it happens again, know that we’re on it. Video quality is a humungous super duper A1 priority for us.

When do streams take place?

Some people have opened Loupe to find that there are no current broadcasts. What gives?

At launch, we have our CEO and a couple of partner breakers hosting streams. There isn’t always a broadcast to join. However, we’re growing every single day. As word spreads about Loupe, we’ve been signing on new partners who want to try streaming here. The broadcast schedule is only going to get more and more packed.

We know you’re eager for streams though. Whenever we send a push notification that a new broadcast has started, we see an immediate influx of registered viewers. It’s so encouraging, and we hear your pleas for more streams.

How do I buy/sell an item?

For buyers: There’s a tab on the bottom right called “Sale Items” that shows all the items a seller has listed. From that menu, just pick what you want and checkout with Apple Pay. Easy peasy. (And, yes, we’re pushing an update that replaces the item screen’s “X” with a back arrow. No more inadvertently leaving streams after buying something.)

For sellers: There’s a dedicated item listing button for you. Just type out the product and the price, and confirm it. Loupe literally lists items as fast as you can type.

We wanted to make sure to really streamline the process of both buying and selling. Too many breakers on YouTube or Instagram or wherever have to rely on spreadsheets and stuff to keep track of who’s buying what. It should be simper than that.

Is it only personal breaks?

For now, but that’s going to change. We know that team breaks and pre-orders are two features that are toward the top of the requests list. We absolutely plan to support them.

Loupe is nowhere near finalized. We’re just getting started. If there’s a feature you want, chances are that we want it too. As far as sales go, here’s a quick peek at our roadmap: We’re also planning for sales of individual slabbed cards and other memorabilia.

But, for now it’s all about prioritizing, and we know that team breaks and pre-orders will go a long way toward making Loupe the most comprehensive and best place for both card buyers and sellers.

How do I become a seller?

Contact us! Email our CEO Eric Doty at eric@blog.loupetheapp.com and we’ll talk turkey. We’d love to have you.

How does shipping work?

The seller has your info from Apple Pay. There’s no need for any sort of extra communication.

For our sellers, we’re fleshing out features for the future that take some of the burden of shipping off of your shoulders. It’s definitely another aspect of breaking that we want to streamline.

That’s about it. Canadian audiences should be able to join by the end of 2020. Releasing on Android is definitely a priority after we hit our iOS milestones.

Still have a question?

Reach out, we’re happy to answer whatever’s on your mind. If you catch Zilla (that’s our CEO’s username) streaming on Loupe, you can ask him there in text chat. Or, just hit us up on Twitter at @LoupeTheApp.

One last thing because it can’t be said loudly enough: Seriously, thank you for being one of Loupe’s earliest adopters. It means the world to us.