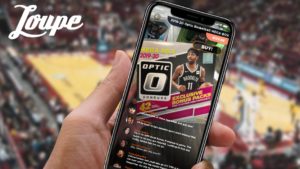 We know we’re not blowing any minds here, but sports card collectors are a passionate bunch. You have insight and expertise into a hobby that takes a lot of dedication to pursue seriously. You know the state of the hobby and are unafraid to give your unfiltered opinions about it.

That’s half of the reason that we sent out an email last week. In our update newsletter, we announced that we’re just a few weeks out from launching our TestFlight on iOS devices. (Seriously, it’s coming so soon!) But, since we have a huge group of you folks signed up on our mailing list, we figured it’d be an A+ opportunity to ask you about the state of the industry.

Boy, oh boy — did we ever get some fascinating results.

The people who are signed up for Loupe’s emails are overwhelmingly interested in baseball, basketball, and football. Like, it’s not even close. Baseball holds a slight edge over the other two but it’s mostly negligible. There’s probably a lot of overlap too because users could select multiple sports.

However, it’s an absolute cliff after that. Soccer was the fourth most popular sport, but baseball dwarfed it. Hockey got hardly any love with any abysmal 2.5% collector rate.

(Will my love of hockey cloud my interpretation of this data? Yes. This must be what we in the business refer to as a statistical aberration. More science needs to be conducted before we come to a conclusion I’m satisfied with.)

Panini is your favorite publisher

This one was a landslide. Approximately two-thirds of survey respondents cited Panini as the publisher they favored. Although bringing up the rear, Topps then beat Upper Deck by a margin of two to one.

But, does this represent goodwill for a product or does it merely reflect who has the rights to release cards in sports that people collect? Panini has the exclusive license to both the NBA and NFL. If you remember back all the way to question one, those are two of the three big sports. Panini cornering the market in two of the most popular sports is probably enough for it to be in most people’s good graces.

However, there are issues like scarcity (we’ll get there later) and we shouldn’t discount the shortcomings of publishers. For instance, Topps had problems with the online-only sales of Bowman Sapphire a month ago. Now it’s the hottest product in baseball cards. When things like this routinely pop up, it’s easy to sympathize with anyone who gets frustrated with a publisher.

Some of you are high rollers

This doesn’t surprise us but it’s fun to live vicariously through people who are spending thousands on cards. (Keep uploading those breaks so we can watch them!) Survey answers indicate that people who are interested in Loupe generally spend a lot of money on cards.

What kinda dough are we talkin’? One-eighth of you clear $1,000 on cards every month. You gotta spend money to make money, you gotta crack a few eggs to make an omelette. And that omelette might come with a side of Luis Robert rookie card.

It drops off from there (obviously) but a lot of you are still dropping respectable cash on cards. 10% spend between $500 and $1,000 per month, and nearly half of respondents spend between $100 and $500 per month. Those of you who are waiting on Loupe are definitely pumping money into the hobby.

Was there a big iPhone giveaway no one told me about?

I am on a Pixel 4 but that is apparently not the en vogue phone for card collectors. About 80% of you report that you’re on an iPhone. That number doesn’t even make sense to me.

The good news is that we’re focusing on iOS devices first, and that’s where our upcoming TestFlight and initial launch will be. So, most of you are already in the right place. After that, we’re working on the Android version.

Most of you have been around the block

We’re an app that specializes in live streaming box breaks, so it’s no surprise to us that the majority of people interested in using Loupe have participated in a live-streamed box break. That calculus isn’t tough to figure out.

However, we were surprised at the number of people who responded that they’ve never bought into a break — about one-third of people. That has us even more excited! We’re putting together tools to refine and streamline breaks, and we hope we can give these folks a great first experience.

Your taste in breakers is just [chef kiss]

Variety is the spice of life, and this stew has got a lot of flavors in it. You told us who some of your favorite breakers and content creators are. The takeaway? Everyone should be paying attention to more breakers because there’s a wide range of fan favorites.

The hobby is far from perfect

There’s no way to sugarcoat this one. There are many factors in the sports card hobby that’s causing a lot of frustration among collectors. Everyone has a bone to pick.

The two qualms we heard the most is that prices keep going up and it’s too hard to get a hold of product. The publisher’s run out of hobby stock too quickly, and places like Target and Walmart see their retail stock snatched up almost immediately. In the case of retail, it’s often so that people can resell the packs and boxes at a significant markup over MSRP.

After that, people grumbled about COMC and grading services being too slow. Another big complaint is that resale sites like eBay take too big of a commission on sales.

Not to dismiss these problems — trust us, we sympathize with all of this — but one user on Twitter made a good point in response to all this. If the hobby is still growing in spite of these issues, then it’s a net positive and it shows the passion people have for cards.

Lastly, some of you take card collecting beyond sports. Not a lot, mind you. Those people only account for about 10% of responses. Of them, Pokemon and Magic: The Gathering were most prevalent — which makes sense considering they’re the two most popular collectible card games.

One person, however, responded that they collect “random celebrity cards.” Whomever you are and wherever you are: We see you and we respect you.