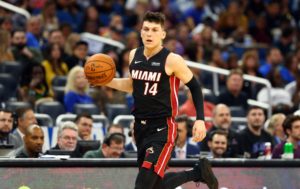 There’s a tangential-but-essential hobby for nearly every single sports card collector on the face of the earth: Watching sports. Without a love of sports, we would’ve never gravitated toward cards. We would never cherish a game-worn patch or an autograph. We’d all be collecting coins or stamps instead.

That’s one of the reasons we’re all jonesin’ to know when sports are coming back. But, it plays another factor that directly impacts cards. As leagues announce return dates, general interest will spike and that will cause card prices to increase. That might dictate what you invest in now.

There’s little in the way of concrete plans for sports returning, but here’s what we know right now. We’ll update this post whenever a league announces new firm plans.

No one’s at Disney World, so someone might as well make use of all the fantastic facilities and lodging that’s sitting empty. That’s the NBA’s plan. The NBA intends to use the ESPN Wide World of Sports Complex at Walt Disney World in Orlando to host a 22-team end to the regular season before jumping into the playoffs. The playoffs will have a traditional 16-team format, but there’s talk of a play-in tournament to determine each conference’s final seed.

The timeline right now has players returning to the court on June 30 for training camp. Then, they’ll travel to Orlando on July 7 with their teams, and quarantine and resume training camps for a few more weeks. The end of the NBA season will tip off on July 31, and the absolute latest the playoffs will wrap up is October 12.

The NHL and the Players Association have agreed on a tentative restart plan that expands the playoff field to 24 teams — 8 more than the usual field of 16. The top 4 teams in each conference will play a round robin tournament against one another to determine playoff seeding. The lower 8 teams in each conference will square off in a best-of-five first round of the playoffs.

Nobody knows where or when this is taking place. The NHL wants each conference’s games to take place in a single hub city. There are 10 proposed hub cities across the US and Canada, but the NHL hasn’t yet finalized plans. Also, the timeline is a little fuzzy right now. Teams report to training camp on July 10, but no one knows when games will start.

If there’s a sport that’s in danger of not coming back this year, it’s baseball. A long-running and ever-increasingly toxic relationship between owners and the players union is boiling over in negotiations for MLB’s return.

Economics play a humongous role in every league’s return considerations, but it’s most dire in baseball. The MLB hasn’t been able to fulfill any television contracts or sell seats to any games for the 2020 season. At least the NBA and NHL were able to get the lion’s share of their seasons in before the coronavirus pause. MLB has made no money this year, and losing an entire season would be a disaster that costs billions of dollars.

Players want to play as many games as possible at their full prorated salary. Owners want a shorter schedule of games (largely because there probably won’t be any attendance sales), and their latest offer involved an 82-game season with players making 75% of their prorated salary. The feeling is that owners are going to continue with unflattering negotiations, effectively “running out the clock” so to speak, eventually forcing everyone into a very short season where they don’t have to pay much in player salaries.

The current discussion involves a July 10 return with a regular season that runs until the end of September before a 16-team postseason. The odds of that materializing are very low. Baseball might not happen in 2020 if the owners and the players can’t learn to make compromises, and both sides more or less hate each other right now.

From the most in-danger to the least in-danger — but really only because it has the calendar on its side.

NFL training camps will start on July 28, which is only about a week later than usual. However, there’s some rumbling that players don’t expect training camp to actually start on time. If that happens, the NFL will probably axe some preseason games in an effort to ramp up player workloads in a responsible way.

Regardless, no one really thinks the NFL is at risk of missing the start of its regular season.

European football might not make the biggest splash in card collecting, but it’s worth mentioning strictly because the fascinating economics in play.

The English Premier League returns on June 17 with matches that will be played to empty stadiums. This isn’t about crowning a champion, though. With 9 matches left to be played, Liverpool was only 6 points away from clinching its first English top flight title in 30 years. It wasn’t ever really in question. When play was halted, Liverpool was just trying to see how many points clear of Manchester City it could wind up, and jockeying for position among historic teams in the “Greatest English Football Squads Ever” conversation.

Instead, all the European football leagues — the EPL is the most visible but Germany’s Bundesliga, the Spanish La Liga, the Italian Serie A, etc. — are trying to determine which clubs finish in the top spots that qualify for Champions League play next year. Also (and of more importance to the smaller clubs of the world), they’re figuring out who finishes at the bottom of the table, meaning they get relegated to Tier 2 football and Tier 2 winners move up. Promotion and relegation is incredibly important financially, as the difference between, for example, revenue share in the Premier League and the EFL Championship is massive.

Let’s end this with an organization that plays almost no role in card collecting and has no question about when it’s coming back.

Mixed Martial Arts was the first major sport to return when UFC 249 took place on May 9 in Jacksonville, Florida. Since then, UFC has been staging regular events with no crowd. It’s a bit easier when you don’t have to figure out the logistics of regular testing for full teams.

Was this inclusion just a transparent ploy to give a shoutout to Dana White’s Fight Island (which we now know is in Abu Dhabi)? Yes, yes it was. Do I regret admitting to that? Not for a second.